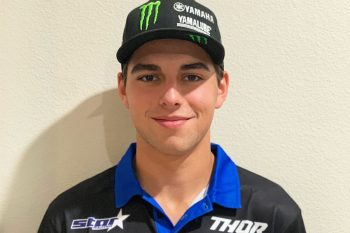 “I just want to thank everyone at Star Racing Yamaha for this opportunity,” Thrasher said. “I’ve had a short, but great, few days on the bike.

“I feel like I’m ready to get out there and see where I’m at against the best in the sport. I’ve worked hard and have had a lot of people in my corner along this journey. To say I’m going to make my pro debut this weekend is surreal!”

Thrasher was initially scheduled to debut at Spring Creek with the GasGas-bound Troy Lee Designs team, however, that decision stalled when it became apparent that he was in negotiations to transfer to Yamaha for 2021.