Future still up in the air for last year's 250SX East champion. 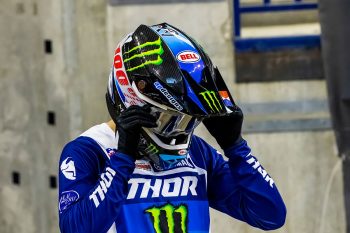 Nichols was a late addition to the RWR team and had been preparing to ride a YZ250F in the SX2 category as one of the WSX series’ headline entries.

A brief announcement by the team revealed that Nichols would no longer be lining up in Cardiff or Melbourne, however, details surrounding that decision have since been retracted.

It had been suggested in recent weeks that the former Monster Energy Supercross 250SX East champion could be a candidate to replace Ken Roczen at Team Honda HRC for 2023 and, according to VitalMX’s latest Rumormill, a potential opportunity alongside Chase Sexton could in fact be what prompted his decision to exit WSX.

After winning the 2021 title with Monster Energy Star Racing Yamaha, Nichols was injured at Anaheim 1 this year and hasn’t returned since. He was expected to come back at Unadilla in Lucas Oil Pro Motocross, but was instead permitted an early release from Star Racing during July in order to focus on 2023.

Unable to continue in 250SX, 28-year-old Nichols was due to step up to 450SX in a new, unannounced team for next season, but it’s understood that opportunity collapsed before it properly materialized. He was then confirmed at RWR late last month, only for that now to be up in the air as a 450SX lifeline potentially beckons.