Maggiora and Mussanah added to complete 20 rounds in 2022. 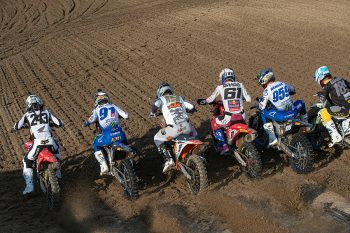 Infront Moto Racing has confirmed the dates and locations of the remaining TBA rounds on the 2022 MXGP calendar, round seven to take place at Maggiora, while the final is set to be contested at Mussanah in Oman for the first time.

The announcement follows the cancellation of the MXGP of Russia, where the FIM has since moved to suspend its operations in the country. Marking its replacement is the MXGP of Italy, to be held on a new date of 7-8 May.

Round 20, originally scheduled for 17-18 September, will now take place a week earlier on 9-10 September for the MXGP of Oman, as the world championship will make its first outing at the Mussanah venue. The YZ bLU cRU Superfinale will instead take place during the MXGP of Charente Maritime in France at St Jean d’Angely between 20-21 August.

Two rounds of the 2022 MXGP World Championship have already been completed, with Tim Gajser and Jago Geerts holding the red plate in MXGP and MX2 respectively.