Lining up alongside Cairoli, Musquin, Febvre, Brayton and more. 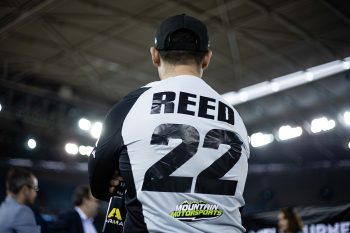 Longtime international Chad Reed will make a surprise appearance in the 2021 Paris Supercross on 27 November, the off-season event delayed and with a revised line-up headlined by the retired Australian.

It was initially supposed to go ahead on 6-7 November with the likes of Cooper Webb and the Lawrence brothers in attendance, but had been postponed due to travel restrictions between the US and France.

Since then it’s understood that an exemption has been sought and 39-year-old Reed will be one of the headline attractions alongside Marvin Musquin, Justin Brayton, Justin Bogle, Alex Martin, Josh Hill, Ryan Sipes, Cole Seely and Canadian Dylan Wright.

MXGP contenders Antonio Cairoli and Romain Febvre will also be in the SX1 division, while MX2 World Championship leader Maxime Renaux will be in SX2, as well as Vince Friese, Kyle Peters and Ty Masterpool.

“I haven’t raced SX in 18 months,” Reed posted on social media. “I have done exactly what I said I’d do – just focus on being a really good dad to my three kids and spend time with my wife. Traveling the BMX race scene and now the amateur MX scene has kept us all busy and happy.

“I got a phone call from [Paris Supercross] to come over for a race and I couldn’t say no. Off the couch isn’t a new thing for me and we can all wish for better prep, but mostly, I’m excited to drop the gate with the boys again. Antonio Cairoli and I haven’t raced SX against each other before, so we’ll tick that box before he retires!

“There is no feeling like that gate drop – you cannot replicate it. I will get to work this month and hopefully muscle memory serves me well. [It’s] 20 years since the first time I was in Bercy.

“This race has stood the test of time and remained a great race to be part of for all international riders. I’m really happy to be going to Paris Supercross to support them and what they do for the sport and the riders.”

Upon initially making his retirement announcement at the AUS-X Open in Melbourne during 2019, Reed indicated that he intended to continue competing in one-off Supercross events after he officially hung up his helmet at the close of the 2020 Monster Energy Supercross season.