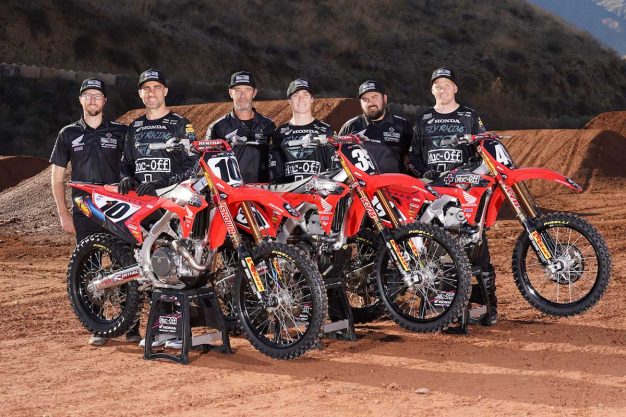 With the highly-anticipated 2021 Monster Energy Supercross Championship quickly approaching, Pirelli Tire North America has announced plans to expand on its presence in the paddock by adding new faces to the brand’s #PirelliNation rider support program. Beginning at the season opener at NRG Stadium in Houston, Texas, on January 16, Pirelli will have its 18-wheeler race transporter on-site to provide technical support and trackside assistance to all racers competing on Pirelli SCORPION™ MX products. Pirelli continues to take pride in the motto “we sell what we race, we race what we sell” meaning that anyone can purchase the exact tires used by its professional race teams.

“Expanding our presence on the racetrack and taking trackside support to the next level is what we’ve set out to achieve,” said Nick Walton, off-road race manager, Pirelli. “For 2021 we’ve added quite a few new teams and riders to the roster. It’s exciting to have a strong lineup, ranging from recent race winners in both the 250 and 450 Classes, to rookies, and the privateers at the grassroots level of the sport. The SCORPION™ MX range is race-proven throughout the world and we are looking forward to helping our riders reach new goals for this upcoming season.”

Pirelli has added several new race teams to its lineup that includes Muc-Off Racing Honda led by veteran rider Justin Brayton in the 450SX Class and 250SX Class riders Mitchell Harrison and Mitchell Oldenburg. Brayton has had a long history with the Pirelli brand, which has seen the two achieve podium results together throughout the years.

“I’ve had great success with Pirelli, including my first Australian championship in 2017,” said Brayton. “The team at Pirelli America are passionate and professional and working alongside them is a benefit to our entire program. The Muc-Off Honda Racing team is new to the 450 class in America and we are looking forward to the 2021 AMA Supercross Championship with Pirelli tires.”

Also new to the Pirelli family for 2021 is FXR/Chaparral Honda Racing who is set to compete with rising rookie Carson Mumford and Coty Schock as well as Club MX with a three rider lineup featuring 2020 Daytona race winner Garrett Marchbanks, Jace Owen, and Joey Crown. Martin Castelo and Carson Brown are slated to be under the JMC Motorsports Racing tent. All three teams will compete in the 250SX Class.

Returning with the brand includes longtime partner TPJ Racing that continues to set the bar for supporting privateer riders and dedicating themselves to the grassroots level of the sport. BarX/Chaparral/Ecstar Suzuki Racing will expand its amateur efforts into the professional ranks with Dilan Schwartz, Derek Drake, Sean Cantrell, and John Short in the 250SX Class.

The SCORPION MX range consisting of the SCORPION™ MX32 Mid Soft, SCORPION MX32 Mid Hard, and SCORPION MX Soft tread patterns are available in a variety of sizing options and will be used by all Pirelli riders at each of the 17 rounds.