Listing the highest-profile riders who have ridden for Joe Gibbs Racing.

Last week’s news that the North Carolina-based JGRMX team was closing its doors sent a shockwave through the industry. For 13 years, Joe Gibbs Racing had been one of the major teams and, although it had struck a lot of bad luck and injuries over the past few years, it always held a reputation as a slick, hard-working operation that left no stone unturned in the search for success. For this instalment of Countdown, in chronological order, we look at some of the highest-profile lead riders – and there have been many! – who represented the team over the years. 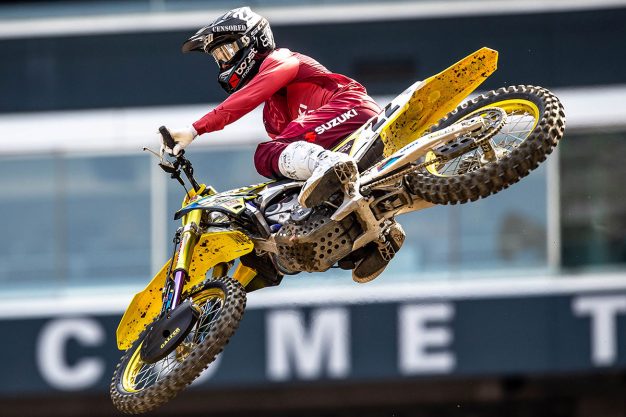 7. Josh Grant (2009-2010, 2013-2014):
The number began his 450 career with the JGRMX team in 2009, bursting out of the blocks by winning the Anaheim 1 round of AMA Supercross as a rookie, and finishing the series in a career-high fourth overall. Grant spent two seasons with the Charlotte-based team, but struggled to come to terms with the 2010 Yamaha and opted to sign with Honda in 2011, then Ward Racing in 2012. After two years of hot-and-cold results, JGR offered Grant another ride for the 2013 and 2014 seasons. Injuries over those two years hindered his 450SX championship results, but he still finished ninth and eighth in the ’13 and ’14 Lucas Oil Pro Motocross Championships respectively.

6. Justin Brayton (2010-2014):
Justin Brayton spent the first five full seasons of his 450 career representing the JGRMX team aboard the Yamaha YZ450F both indoors and outdoors, from 2010 to 2014. In his rookie year he took the team to fifth overall in the Supercross championship, then two years later in 2012, had the best result of his career as he stormed to fourth overall. Although he didn’t stand on the top of the box at any rounds, he featured on the podium five times in 2012, including second-place finishes at Indianapolis and Toronto. That same year he also scored his best-ever outdoors result, with a second overall at RedBud.

5. Davi Millsaps (2011-2012):
After tasting success with Honda in 2010, Davi Millsaps changed from the red to blue camp in 2011. He had some mixed results in his first year aboard the JGRMX Yamaha – eighth indoors and 10th outdoors – but Millsaps turned over a new leaf during the 2012 supercross championship. After a slowish start, something clicked after the eighth round at Atlanta and he didn’t finish any lower than sixth for the remainder of the series. While he didn’t taste any winner’s champagne, he finished runner-up at Daytona, Salt Lake City, Houston and Vegas, accumulating enough points to finish second in the championship behind Ryan Villopoto.

4. James Stewart (2012):
At the time it was one of the biggest off-season announcements of the year. In October 2011, the Joe Gibbs Racing team secured the warp-speed services of James Stewart, with a multi-year contract that was expected to run the course of his career. Unfortunately, the arrangement stalled within the single year. Stewart won two rounds at Oakland and Daytona and finished on the podium another three times, but big crashes – including a spectacular get-off in the whoops while leading the Vegas finale – hampered his results and he finished the championship in seventh. Citing an inability to gel with the 2012 YZ450F, Stewart and the Gibbs family cut their partnership short and went separate ways soon after the 450SX championship wrapped up. 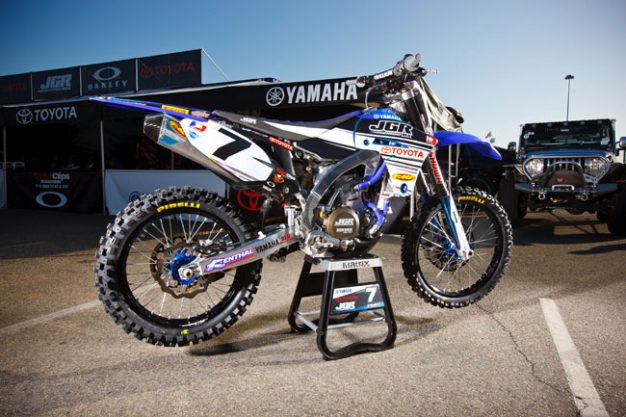 3. Justin Barcia (2015-2017):
After cutting his 450cc teeth with factory Honda for two years, Justin Barcia signed with JGRMX in 2015 and stayed with them for three seasons. BamBam missed half of the 2015 Supercross championship with injury, but caught fire at during the preceding outdoor series, where he would finish third overall. In the second half of the series he really came into his own, putting JGR on top of the box on consecutive weekends at RedBud and Budd’s Creek, then backed it up with three seconds and a third. The following year Barcia again put in a great showing in Pro Motocross, with a string of podium performances saw him finish the series in fourth overall. When JGRMX moved to Suzuki in 2017, Barcia’s results suffered significantly, as he struggled to 18th in SX and 13th in the nationals, before announcing he was exiting the team.

2. Weston Peick (2015-2019):
Californian hard-man Weston Peick first signed on with the JGRMX team in 2015 and stayed with them until his career came to an untimely and horrific end at the end of 2018. During his time with the team, Peick was always a force to be reckoned with. His best results were a brace of thirds at the Santa Clara and Las Vegas rounds of the 2015 championship, but it was his final season in 2018 that saw him find that formula of speed and consistency. Despite battling through torn tendons in his hand for most of the supercross season, he strung together 11 consecutive top 10 finishes – including four top five results – on his way to sixth overall. Before his career-ending crash at the Paris Supercross, Peick had re-signed for another year with the Gibbs team for the 2019 season.

1. Chad Reed (2019):
After a number of years riding either as a privateer, two-time AMA Supercross champion Chad Reed signed up to ride the 2019 Monster Energy Supercross Championship for the JGRMX team. Aboard the Suzuki RM-Z450, Reed turned it on at Detroit to finish third (as it turned out it’d be his last-ever podium result) and finished fifth at his much-favored city of San Diego. Unfortunately though, Reed’s JGRMX campaign was cut short after he crashed hard at Seattle, breaking his ribs and collapsing a lung. He missed the remaining five rounds of the championship and finished 15th, but appeared to enjoy his time there and moved to North Carolina in the process.