Star Yamaha’s Masterpool out, Frye in for Millville 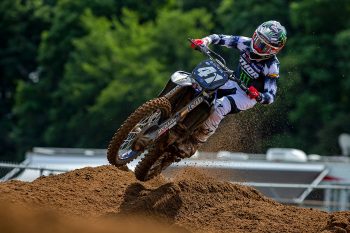 Monster Energy Star Racing Yamaha standout Ty Masterpool will skip tomorrow’s Spring Creek round of Lucas Oil Pro Motocross in a weekend where Jarrett Frye will debut with the team.

Masterpool has been sidelined with nerve pain in the leg that he broke prior to the season in June, but expects to return for WW Ranch next weekend.

Instead, Yamaha has announced that Frye – now recovered from a torn ACL that delayed his professional debut – will make his first Pro Motocross appearance aboard the factory YZ250F alongside Dylan Ferrandis, Shane McElrath and Justin Cooper.

It’s also been revealed today that, despite being announced by Troy Lee Designs Red Bull KTM earlier in the week, Nate Thrasher won’t be lining up in 250MX at Spring Creek as anticipated.

According to Racer X’s Jason Weigandt, Thrasher is in negotiations with Monster Energy Star Racing Yamaha for the 2021 season, which has prompted the TLD team not to field him this weekend.

That decision is also reportedly linked to ongoing negotiations between Justin Barcia, Star Racing Yamaha and GasGas, which’s racing program will be operated by the existing TLD KTM team from 2021. The on again, off again deal now appears to be back on for Barcia to spearhead GasGas’ entry into the US market.