It was initially Shane McElrath (Monster Energy Star Racing Yamaha) who led part one before a red flag, providing Sexton with a second chance.

That initial start saw Sexton lead before being put off-track by McElrath in a pass for the lead and then he went down directly afterwards. An incident from Garrett Marchbanks (Monster Energy Pro Circuit Kawasaki) then saw the race stopped.

Now entering a 10-day break for the eastern regional series, it is Sexton who has a three-point advantage atop the championship standings. 250SX East will next be at Rice-Eccles Stadium on 17 June. 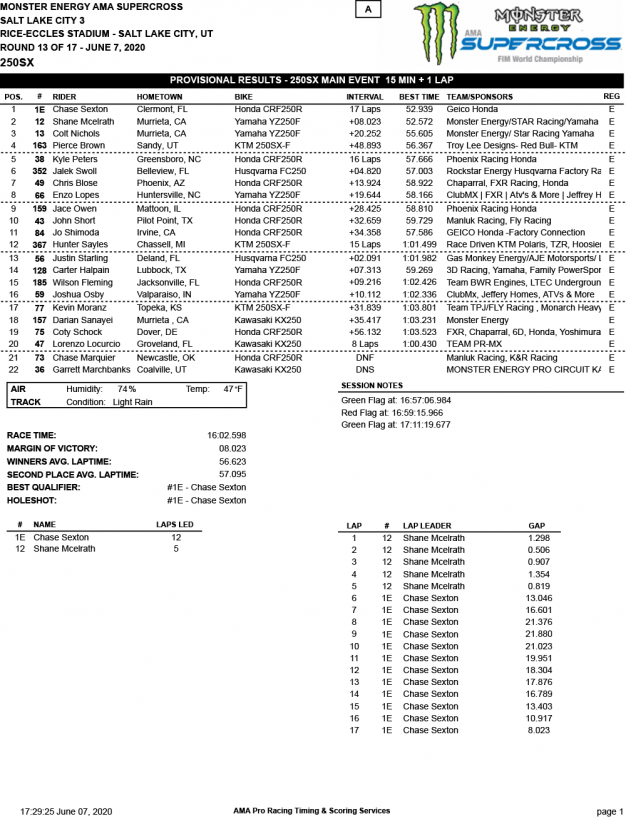