First victory of season for Ferrandis in chaotic A2 250SX final 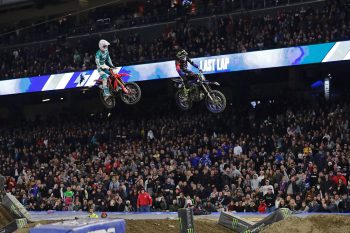 Defending champion Dylan Ferrandis has won his first Monster Energy Supercross round of 2020 in a spectacular 250SX West main event at Anaheim 2 that saw Jett Lawrence crash out of contention on the final lap.

The victory of Monster Energy Star Yamaha’s Ferrandis was placed under review due to contact made with Christian Craig (Geico Honda) while passing for second at halfway – the pair of them going down and Craig forced out altogether. Ferrandis was soon cleared afterwards.

It was initially Craig who led the way before Lawrence took charge early and stretched his lead to over 10 seconds mid-race. A mistake and fall enabled Ferrandis to catch and make a final lap pass, with Lawrence going over the ‘bars in the final set of whoops while fighting back for the lead.

Lawrence, 16, wasn’t the only big-name casualty in the whoops, with Austin Forkner (Monster Energy Pro Circuit Kawasaki) also falling victim while in podium contention in the latter stages and ultimately crossing the line in 17th position.

In the end it was Ferrandis who won round three by 21.013s ahead of teammate Justin Cooper, who retains the championship lead by 12 points. Completing the podium for the second week in a row was Brandon Hartranft (TLD Red Bull KTM) in third. 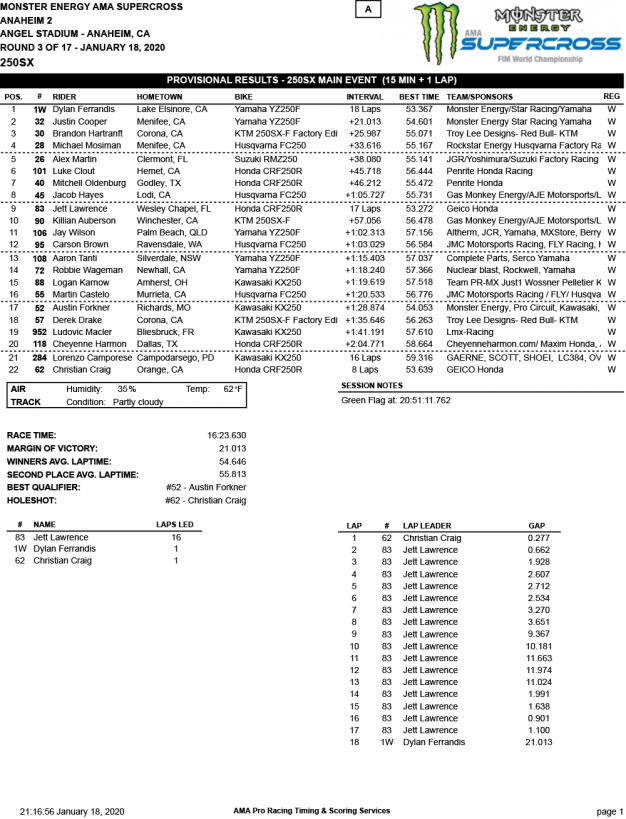