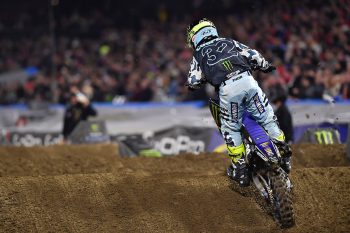 On lap 12 a mistake by Forkner while leading saw him go off-track, able to resume in third, but only after allowing defending champion Ferrandis to gain the position behind teammate Cooper.

Cooper took victory by 2.450s over Ferrandis in a strong beginning to his defence, with Forkner a comfortable third to complete the podium. Behind them, Christian Craig (Geico Honda) kept Michael Mosiman (Rockstar Energy Husqvarna) at bay for fourth place.

Lawrence did go down on lap four after dicing with countryman Luke Clout (Penrite Honda) for position inside the top 10, eventually working his way back to P9 after remounting. Clout, meanwhile, crashed out of ninth at around the halfway mark.

The 250SX West region will next travel to St. Louis, Missouri, for round two of the season next Saturday, 11 January, with Cooper taking charge of the red plate as points-leader following tonight’s win.

Forkner was later docked two positions from third to fifth for his incident that saw him cut part of the circuit. Geico Honda rider Christian Craig is now third, with Michael Mosiman (Rockstar Energy Husqvarna) fourth. 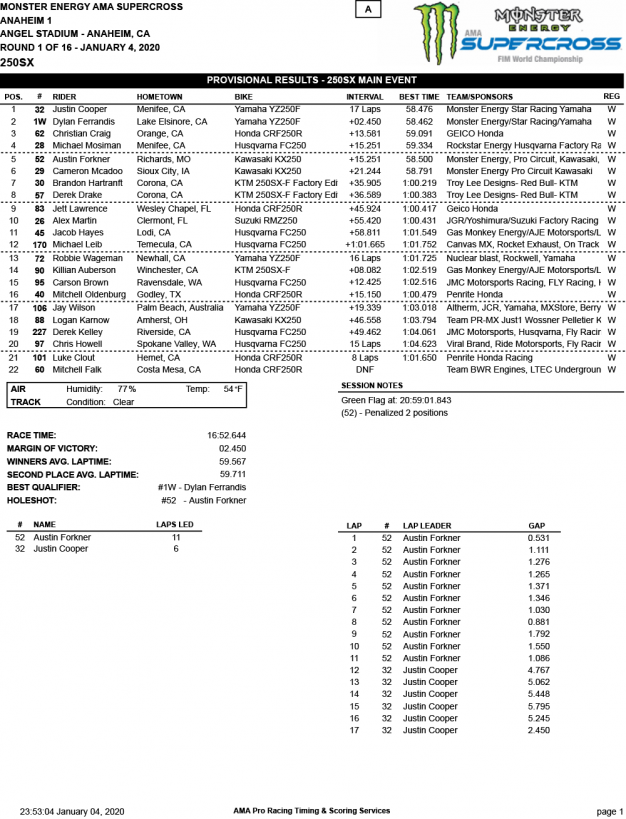