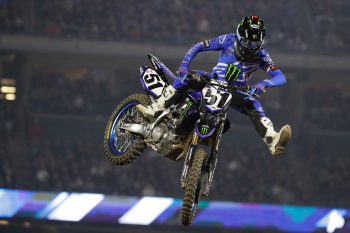 That enabled the Monster Energy Kawasaki rookie to lead his share of the final, however, he too would make an error that cost him the lead – Barcia striking back to seize upon the opportunity. That’s how they would finish, with Barcia clear by 5.646s.

One of the favourites, Eli Tomac (Monster Energy Kawasaki), was unable to find the spark needed in the main to wind up seventh, ahead of Justin Brayton (Team Honda HRC), who had been in podium contention earlier and then made a mistake of his own.

Next weekend will see the series arrive for round two in St. Louis, Missouri, the red plate to be worn by Barcia aboard the factory YZ450F on Saturday, 11 January. 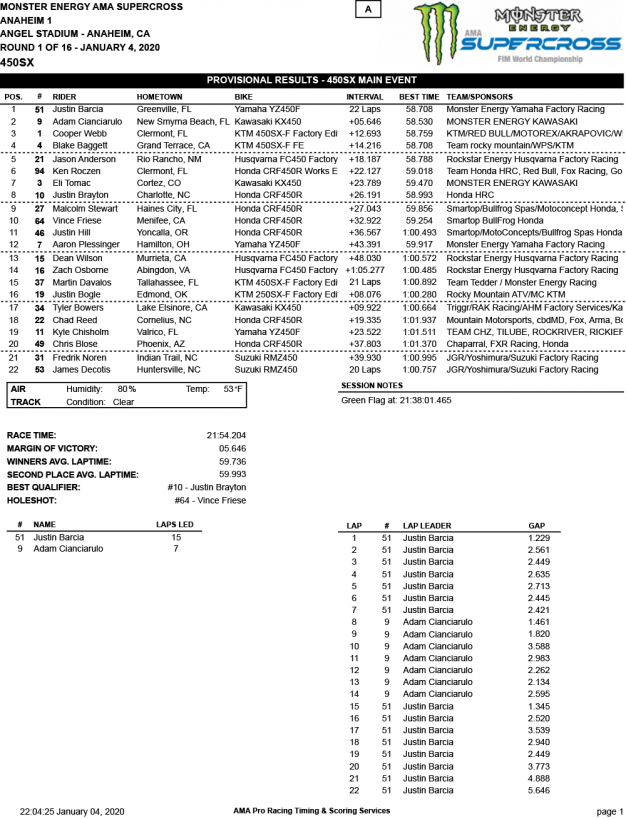