Season 2023 resumes with tight times during the afternoon sessions. 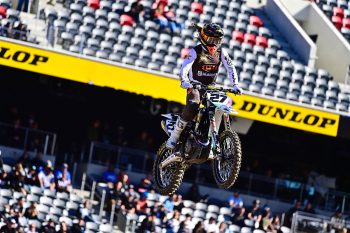 Qualifying for the San Diego round of 2023 Monster Energy Supercross saw Malcolm Stewart and Jett Lawrence lead the way this afternoon, setting up what will be the second stop of this year’s series.

A late lap from Rockstar Energy Husqvarna’s Stewart saw him rise to the top of the final 450SX qualifying session of the afternoon, lodging a 50.008s lap-time to edge Chase Sexton (Team Honda HRC) by one-tenth of a second upon conclusion. 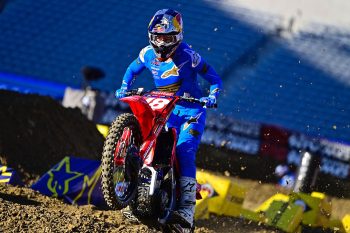 Team Honda HRC red plate-holder Jett Lawrence continued his trend as he topped 250SX qualifying with a staggering fast lap of 50.099s in the second and final session.

It was a back-and-forth battle for the top spot with eventual second place qualifier RJ Hampshire (Rockstar Energy Husqvarna), who landed at 50.361s in the end. TLD Red Bull GasGas’ Pierce Brown ended the session inside the top three over seven-tenths back. 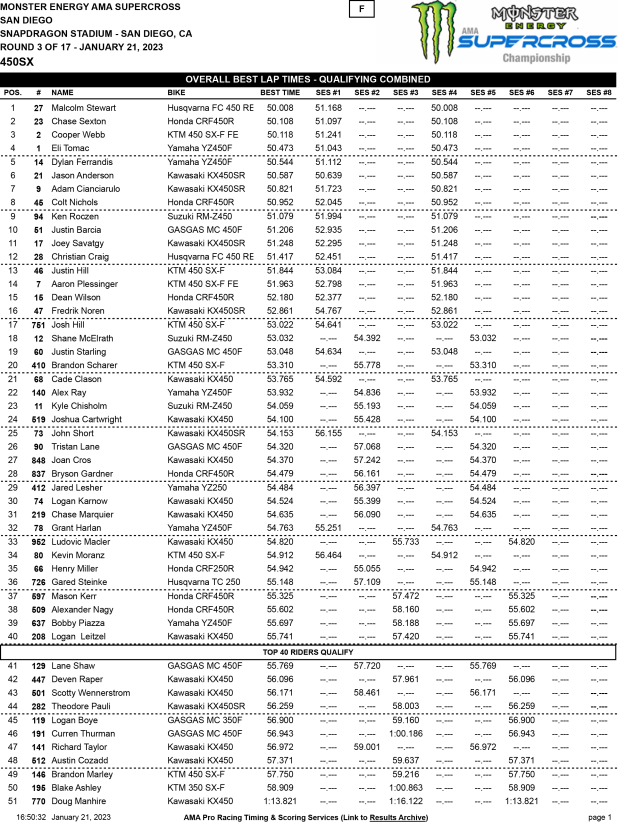