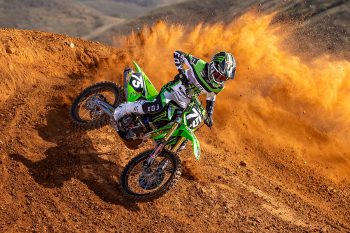 Teenager Ryder DiFrancesco is expecting a ‘quick recovery’ after sustaining ligament damage in his thumb and undergoing surgery this week.

“Tough day in the office on Monday,” he confirmed. “I thought I just jammed my thumb, but turns out I pulled the ligament off the bone. I went under the knife today to fix it and this will be a quick recovery.”

The eight-time amateur national champion will continue outdoors with the Pro Circuit team when the new season begins on 27 May at Fox Raceway in Southern California. He wasn’t scheduled to ride 250SX in Monster Energy Supercross this year.