Victory on debut aboard new YZ450F in 2023 opening round thriller. 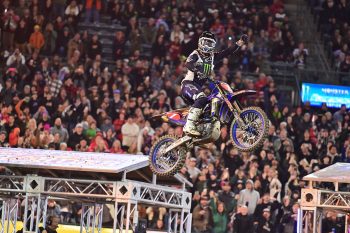 Number one plate-holder Eli Tomac has won a first-career Anaheim 1 in the opening round of the 2023 Monster Energy Supercross Championship, delivering on debut with the new generation YZ450F.

From there, Monster Energy Yamaha Star Racing’s Tomac led until lap eight when he made an error, handing the lead to Malcolm Stewart (Rockstar Energy Husqvarna) as he controlled things until lap 13. That was when Chase Sexton (Team Honda HRC) hit the front for his share, only for a spectacular Tomac to rebound from as far back as P5 to reclaim the lead on lap 17.

And that’s where he would stay, taking the checkered flag 2.778s ahead of fellow two-time title-winner Cooper Webb (Red Bull KTM), who had charged forward from 10th on the opening lap. Webb made a move on Sexton in the closing laps, which ultimately completed the podium as Tomac won ahead of Webb and Sexton.

Disaster struck Stewart while running in a podium position with just two to go, credited 22nd in the end after what was an exceptional performance. Next stop, Oakland’s second round of the season next Saturday, 14 January. 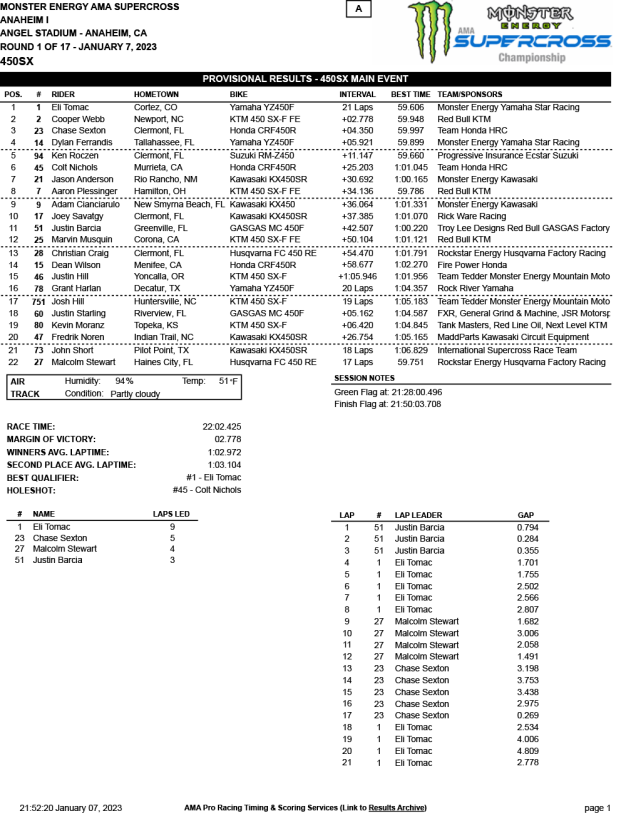