Anaheim 1 qualifying has been topped by Chase Sexton and Austin Forkner ahead of tonight’s opening round of the 2023 Monster Energy Supercross Championship.

Team Honda HRC rider Sexton was the first and only rider of the day to lap beneath a minute in the second 450SX qualifying session with a 59.785s lap-tome.

There were yet further mistakes in the final outing as riders continued to be challenged by the soft, but dry track conditions, including full-time class newcomer Christian Craig (Rockstar Energy Husqvarna) – 14th overall in the end – after he crashed hard in the whoops and managed to resume.

Third was once again convincing from Marvin Musquin (Red Bull KTM), joined inside the top-five by Jason Anderson (Monster Energy Kawasaki) – despite falling once again in the session – and Ken Roczen (Progressive Ecstar Suzuki), who has endured a mixed reunion aboard the RM-Z so far. 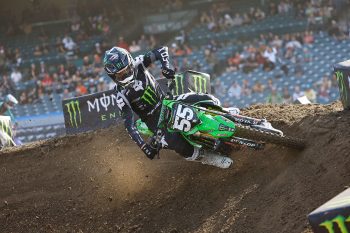 Monster Energy Pro Circuit Kawasaki’s Forkner fired the first real shot of the new 250SX West season in qualifying two after posting a benchmark of 1m00.595s, edging Jett Lawrence (Team Honda HRC) after he too put down a late lap to challenge for P1.

As he did earlier in the afternoon, Lawrence fell victim to the conditions and went down early, but quickly remounted to get back on-pace. It wasn’t enough to halt Forkner, however.

Behind them, it was Pierce Brown (TLD Red Bull GasGas) who stepped up early as the first rider into the 1m00s, eventually settling into third position and marginally ahead of RJ Hampshire (Rockstar Energy Husqvarna) in P4.

Fifth came Cameron McAdoo (Monster Energy Pro Circuit Kawasaki) at 1m01.601s, with Levi Kitchen (Monster Energy Yamaha Star Racing) next in line as he again moved up the order following a quiet start to the opener. 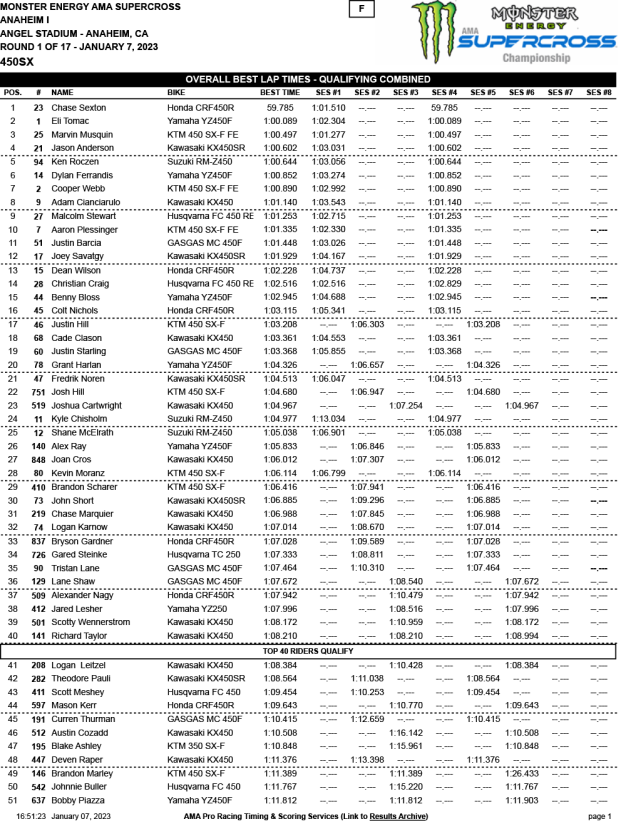 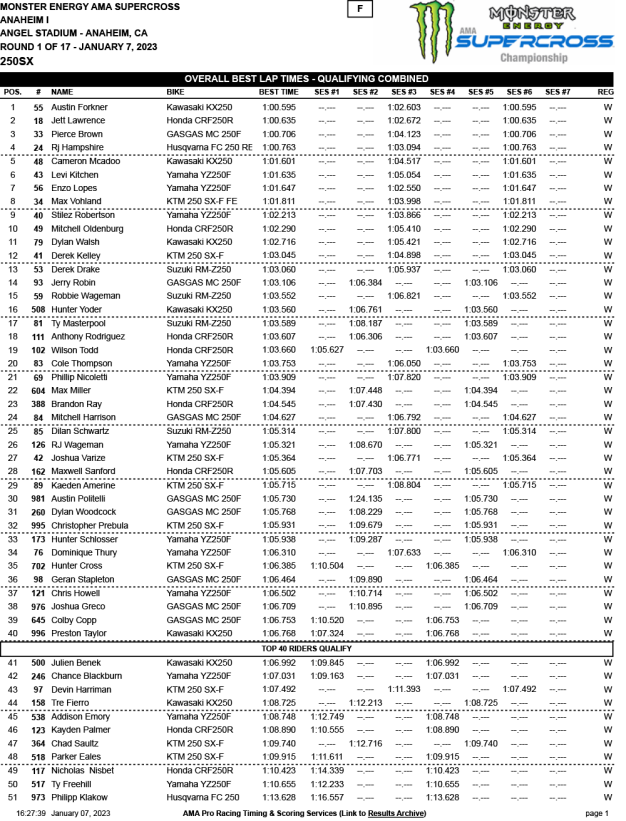