Disaster for fastest qualifier Forkner on first lap of 2023 opener. 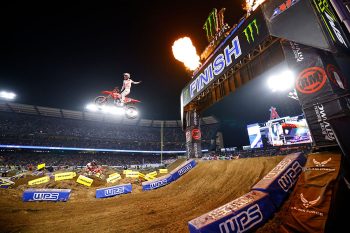 There was no touching Lawrence as he managed to overcome a troubled afternoon to deliver what everybody expected in the pre-season – victory.

The race started with top-qualifier Austin Forkner (Monster Energy Pro Circuit Kawasaki) being catapulted down the start straight after connecting handlebars with RJ Hampshire (Rockstar Energy Husqvarna) and teammate Cameron McAdoo, ruling him out before things even really got started.

In the end, Lawrence’s winning buffer over a hard-charging Hampshire was 5.259s, with McAdoo bringing home a podium to open his year. A late move from Mitchell Oldenburg (Smartop MCR Honda) saw him claim fourth position over Vohland in completing the top-five, while sixth marked a solid haul of points for Enzo Lopes (Muc-Off FXR ClubMX Yamaha).

Last year’s eastern regional champion Lawrence will now take the 250SX West red plate to Oakland, California, for round two of the season, next Saturday, 14 January. 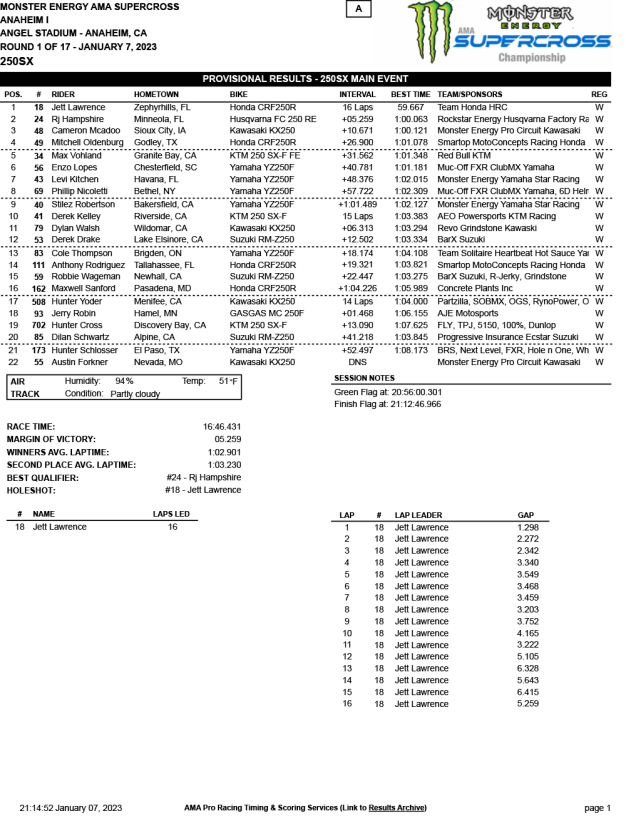