HEP Motorsports extends with Weltin through 2023

A full season locked in aboard Suzukis this time around. 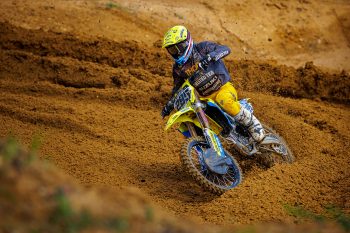 HEP Motorsports has extended the contract of Marshal Weltin through the 2023 season, set to split his time between RM-Z250 and RM-Z450 machinery.

While specifics of Weltin’s deal haven’t been outlined, he will join Ken Roczen and Kyle Chisholm in the new-look team full-time.

“Marshall will compete on the ever-competitive Suzuki RM-Z250 and Suzuki RM-Z450 machines throughout the year,” the team stated. “Brought up to the team as a fill in rider during the 2022 outdoor national championship, the fast charging Michigan native earned his spot on the team through a relentless work ethic and season-best 10th overall finish during the 2022 campaign.”

Weltin signed with HEP midway through the Pro Motocross this year and delivered a career-best top 10 result at RedBud, going on to finish 15th in the final 450MX standings. He was also due to ride the World Supercross Championship (WSX) with Pipes Motorsport Group (PMG) prior to being injured.