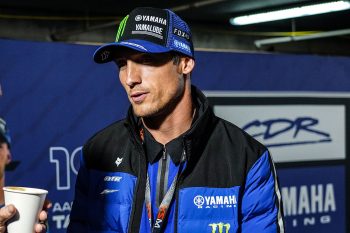 HEP Motorsports has announced the signing of the ever-popular Kyle Chisholm, with the experienced Monster Energy AMA Supercross mainstay set for multiple seasons with the organization from 2023.

Chisholm last raced for the HEP Motorsports Suzuki effort in 2019, before departing to start his own ‘Team Chiz’ program aboard YZ450F machinery.

This year saw Chisholm as staple in his own privateer Yamaha 450SX set-up, before receiving the call to fill-in at Monster Energy Yamaha Star Racing in 250SX East rounds and achieving a best result of fourth overall in St. Louis.

He later competed in select outdoor nationals on a YZ450F, before contesting the ‘pilot’ World Supercross Championship (WSX) with CDR Yamaha Monster Energy in SX2, unfortunately suffering misfortune across both rounds.

The HEP Motorsports opportunity is expected to see him join Ken Roczen in the team for at least 450SX, however, it remains unclear if Chisholm will compete in Pro Motocross with the squad or the six-round 2023 WSX championship under the Pipes Motorsports Group (PMG) banner at that point.