First time in history both are racing for same team in 450SX. 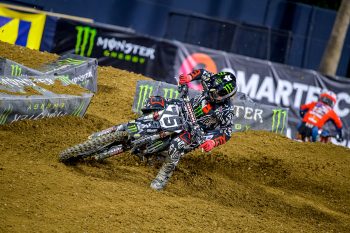 For the first time in history, the Hill brothers Josh and Justin will race under one team in one class as they spearhead Team Tedder’s 2023 Monster Energy Supercross assault.

This year, Josh Hill’s 450SX campaign with the squad as a fill-in ended prematurely due to injury, however, he completed the ‘pilot’ 2022 World Supercross Championship (WSX) fifth overall in WSX.

The 450SX main event winner will also compete in the remaining rounds of the 2022 Australian Supercross Championship (AUSX) with CDR Yamaha Monster Energy, the outfit he represented in WSX, before the 2023 AMA season commences in early January.

Justin Hill will join his brother on the Team Tedder KTM platform, with the former 250SX West champion eager for gates to drop with his last Monster Energy Supercross appearance made over two years ago, where he finished 10th in the 450SX standings.

The new-look 2023 Monster Energy schedule kicks off at Anaheim on 7 January, marking the first of 17 rounds in next year’s series.