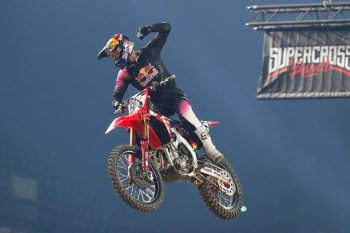 A commanding final night saw Ken Roczen crowned the ‘King of Paris’ Supercross on Sunday, clean-sweeping all three premier class finals as Matt Moss earned the SX2 class overall with a perfect outing of his own.

It was a spectacular performance from the recently-crowned world champion, whose future remains up in the air entering the 2023 season, and victory in France will add to his stocks under a current free-agent status. This weekend he was with the Fire Power Honda/Honda Genuine Honda Racing team of Yarrive Konsky once again.

After riding to 3-1-2 results on Saturday, Roczen edged Tomac by two points under Olympic scoring as the latter went 3-2-2 on the second night. A 5-3-3 scorecard was enough for Roczen’s Honda Genuine teammate Justin Brayton to secure the final place on the podium, with the top-five completed by Red Bull KTM duo Cooper Webb and Marvin Musquin. 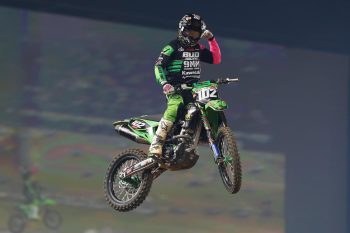 Moss, meanwhile, was impressive in the 250 category as he convincingly won all three finals to be crowned the ‘Prince of Paris’, the Bud Racing Kawasaki rider winning ahead of Jace Owen (Honda) and Chris Blose.

It was Moss’ Bud Racing Kawasaki teammate Blose who led the way on night one, however, a late crash through the whoops in the final encounter on Sunday saw him DNF, which enabled both Moss and Owen to move past him in the overall rankings. 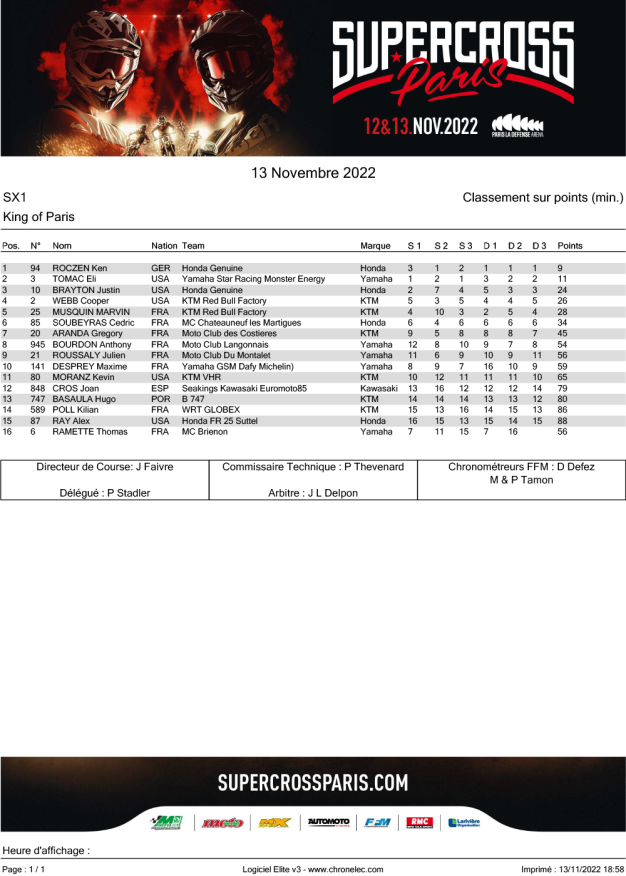