Signed with Nestaan Husqvarna and Red Bull KTM for 2023. 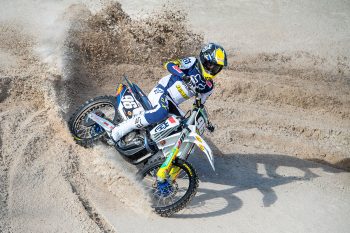 Both Sacha and Lucas Coenen have shown immense speed and potential on their rise to the world championship, most recently competing in EMX250.

Lucas Coenen, 15,  produced a stellar end to season 2022, taking seven out of the last eight victories to secure second in the EMX250 championship standings. He will join Kay de Wolf and Roan van de Moosdijk in Husqvarna’s bid for the MX2 world title.

“I am really excited to join Nestaan Husqvarna Factory Racing for the 2023 season!” Lucas Coenen said.”To start my MX2 career with a brand as prestigious as Husqvarna is an honour and I cannot wait to see what I can do on my FC 250.” 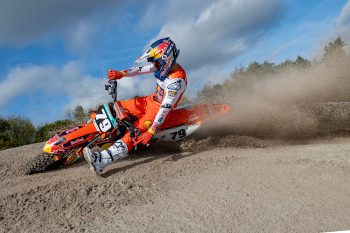 An EMX125 race winner, Sacha Coenen endured an injury-disrupted 2022 EMX250 campaign and will use his debut season in the world championship to gain experience alongside Andrea Adamo and Liam Everts in Red Bull KTM Factory Racing’s quarter-litre charge.

“This a dream come true for me! I’m so happy to be joining Red Bull KTM Factory Racing,” Sacha Coenen explained. “I have been riding the stock 2023 KTM 250 SX-F and love it so far and really like the power. I know I have a lot to learn, but I want to have fun and do as well as I can.”

The 2023 MXGP World Championship is set to span 20 rounds from March to mid-October, with multiple locations still to be announced. KTM’s current MX2 world champion Tom Vialle will make the transition to the US for next season.