Assorted racer comments following the second round of the season.

In Quotebook, a selection of riders detail how their races played out in the second round of the 2022 World Supercross Championship (WSX) at Marvel Stadium. 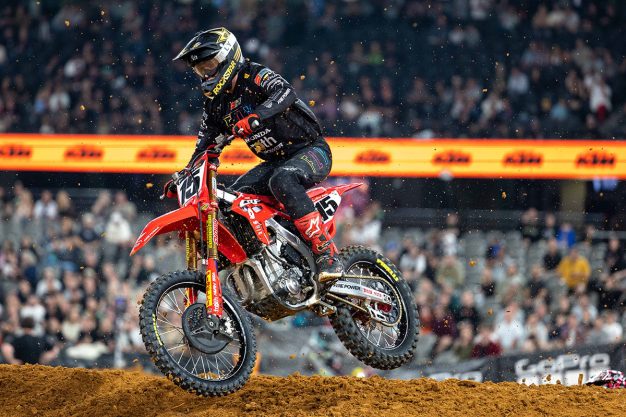 Ken Roczen (Honda Genuine Fire Power Honda Racing) – Second (champion):
I would do it over and over again, I’ve had such an amazing experience. It’s been a tough ride the last few years that’s why I did this. I don’t regret it. I’ve had so much fun here, I love coming to Australia and I can’t wait to come back again. Finally getting a title again, especially the first one for my team, is nothing short of amazing.

Dean Wilson (Honda Genuine Fire Power Honda Racing) – Eighth:
It was good to get some solid results on the board on my CRF450R. I could have had a much better overall result, if it was not for the second final, but I am happy with the direction that we are heading in!

Josh Hill (CDR Yamaha Monster Energy) – Seventh:
To finish fifth in the points is a good result for myself and the team. I was happy with the Super Final tonight and finishing third in that was a nice way to end the series, but that second race hurt me overall after I went into a couple of guys and couldn’t get going again. I love riding with CDR Yamaha, it’s my favourite team in the world to ride for and we’ve had a really good time here in the WSX rounds.

Justin Brayton (MotoConcepts Honda) – Third:
Where do I even begin. Obviously, Kenny had a flat tire in the second one and I went 3-2 and beat Vince in both of them, so going into the last one I really just needed to beat Vince. He just decided – like he decides a lot of times – to just launch his bike at me in the first turn and clean us both out and jeopardise both of us for the title.We were 1-2 going into the last race and I’m getting fired up just talking about it, like you can do that so many times and he says he didn’t do anything. It’s unbelievable in my opinion. I don’t get fired up very often – it takes me a lot to get mad – but that one got me pretty mad. I can’t believe it, honestly. For one, we are teammates, yeah… I’m done with him, that’s just the way it is. All of us up here probably think the same thing that I am thinking – you can only cry wolf so many times. He’s done it to me a handful of times and I’ve forgiven him, obviously, we are teammates and we’ve hashed it out. I’ve been kind enough to fly across the country to help him and coach him, but that will never happen again, I promise you that.

Joey Savatgy (Rick Ware Racing) – First:
If I’m being honest, there were way too many people telling me ‘hey, last time you were here wasn’t too good’… ‘yeah, tell me about it, I remember! To be honest, it was a little emotional for me, it was just one of those things that when this first came about, this whole WSX thing and the opportunity, my first question was where are the rounds. They told me it was here and, to be honest, my initial answer was ‘I’m out’. I had to think about it for a while and it is one of those things where… do you run from it or do you stare it in the eyes and show it who is boss? What made it a little bit easier for me as it went on is that the crash wasn’t my fault. We had a bike issue and went into false neutral, so it was one of those things, sure I got hurt here and it happened to me, but it wasn’t a wrongdoing from me. Yes, a lot of people asked me, just fans and people in general, ‘hey, remember last time you were here, let’s make it past practice’, so it was like ‘yeah, thanks for reminding me’. I was fighting demons, if I am being honest, as much as I was telling myself or other people, it did bother me. It was a lot, so to just make it through the whole thing obviously is the goal, but to come out of here and do well like we did, and be able to battle… crossing the finish-line I would be lying if I didn’t have a sense of relief to come back here in the same area, same stadium that didn’t end well last time and at the hospital last time I was here they told me I’d never ride again and that my foot was pretty much toast. 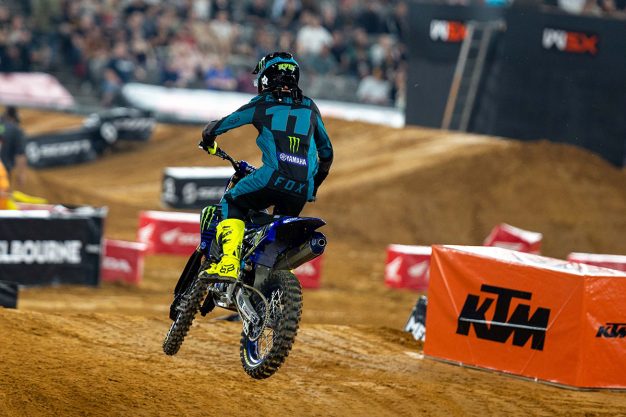 Shane McElrath (Rick Ware Racing) – First (champion):
A win is a win, it’s never easy. These guys made it tough. We had minimal prep time but Rick Ware Racing, we literally didn’t stop working. To come out on top, and to really get better every single time on the track, that’s really what we worked for. Praise God we’re here. Number one baby. I am proud of this team and what they’ve done in a few short weeks, glory to God.

Max Anstie (Honda Genuine Fire Power Honda Racing) – Second:
I am going in the right direction! The 2022 FIM World Supercross Championship has been great for us and I cannot wait to see what next year brings. We will be back and going for gold, that is for sure.

Wilson Todd (Honda Genuine Fire Power Honda Racing) – Sixth:
It has been a good night and a good weekend! I am definitely making progress every single time that I hit the track on my CRF250R. The results do not reflect the level that we are at currently, but we are going to keep pushing.

Aaron Tanti (CDR Yamaha Monster Energy) – Third:
It was a really good weekend for me, to finish P2 in the Australian championship round riding the 450 and then to back that up with a podium and moto win on the 250 tonight. To achieve that in front of my home crowd, I was stoked with that and I gave it my all! That first race cost me, being taken down, but overall it’s been a good way to end the WSX series and we’re happy to be fourth in the world championship.

Kyle Chisholm (CDR Yamaha Monster Energy) – 18th:
Honestly, I’m just really disappointed. I had so much bad luck and was in first-turn pile-ups every moto tonight. Unfortunately, I went down pretty hard in the last one and hit my head, but all-in-all I’m okay. Finishing second in the heat race was good, so it’s really disappointing not to be able to put in a good result for the team and make it happen when it counted.