All-new for 2023, this Yamaha YZ450F raises the bar with more power, less weight, a slimmer design and enhanced technology that we Tested at the Star Racing facility for MotoOnline’s latest review.

Home to the Monster Energy Yamaha Star Racing team, the GOAT Farm is an incredible place for testing purposes, proven by the number of top racers that have honed their skills at the location over the years.

Regarding Yamaha, the previous YZ250F was a platform I was a big fan of, but I had always struggled to get comfortable on the YZ450F. That said, the previous generation of the bike was, of course, solid and boasted championship success in the hands of Dylan Ferrandis and Eli Tomac. So, how does the 2023 bike stack-up? First of all, the biggest difference I noticed on-track was how much lighter and narrower the bike felt. Yamaha has dropped over five pounds with this bike, with the majority of the reduction coming from the engine.

The 2023 YZ450F is a lot easier to turn and the slimmer ergonomics are a big plus for me, allowing an improved feeling for what the bike is doing and providing enhanced control. To put this in perspective, the shrouds alone are 5mm narrower, which may not seem like a lot, but the change is noticeable. Also, the footpegs are lower and moved back slightly, which also changes how the bike feels.

Yamaha worked on every part of the engine in a bid to reduce friction and weight, while increasing the all-important horsepower output. The YZ450F boasts a whole new intake system that enables greater air-flow to the engine and what I was pleasantly surprised with was how smooth the power delivery is – it pulls smooth, yet strong out of the turns and just keeps on driving.

For a 450, the 2023 YZ450F is very easy to ride and control with the increased power. I felt the more comfortable I got with the power delivery, the more I could stay off the clutch and just trust the power through the corners. 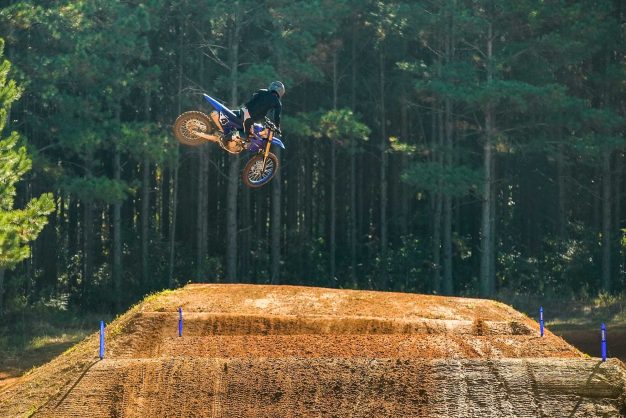 Yamaha kept the same gearing on the 2023 model, however, it felt smoother and longer and I was mainly in second and third gear over the course of the lap track. There were a few times I would shift to fourth, but the bike works great in either gear and really pulls for a long time and that makes it easy to ride. I also felt that shifting through the gears was extremely clean and I never seemed to miss a shift or struggle to get the bike into the next gear.

Now to the chassis… In the beginning, when the track was slick and I was still figuring out the power, there were certain spots where the bike felt a little twitchy when getting hard on the gas while still turning.

However, if I was patient with my throttle control it would seem to fix that problem and I’m sure with some more testing that would be something I could fine-tune for that extra bit of comfort while being more aggressive with the turning. I did feel with late braking and on straightaways, the bike feels extremely stable and I could really charge hard into the corners and pitch the bike in as I wanted.

I was pretty blown away with the stock KYB suspension and it was definitely the best I have ridden right out of the box. The sag was set to 97mm, which is what the Yamaha team recommended and I just loved the shock from the outset. 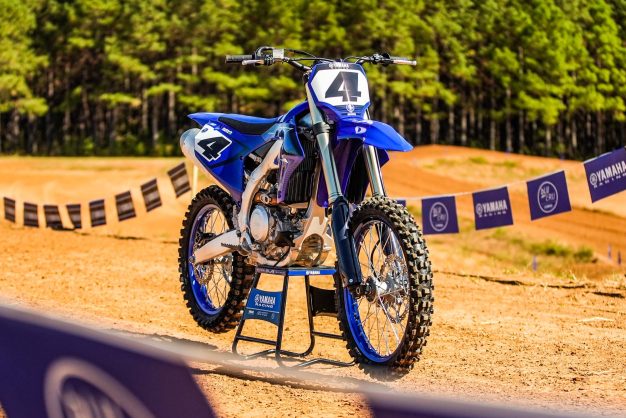 There’s so much comfort with the balance of the bike and charging really hard into the bumps – the rear would absorb everything really well and I would never feel a harsh kick. With the forks, the initial feeling was really good and plush, but when it got rough and I was charging hard into the bumps it would feel a little soft on the initial stroke, so I ended up going a little stiffer on compression and that helped fix a lot of that problem.

A huge difference with the YZ450F is how well it gets through the corners – to me, it felt nimble and I was able to pitch the bike into the turns easily and had no problem cutting down lines and putting the bike where I needed.

Yamaha also raised the seat height, which made the positioning flatter, making it easier to stay central and move around to where I felt most comfortable, whereas with earlier models the seat would dip in the middle and it was quite hard to get forward and stay on the front when needed.

Another great feature of the 2023 YZ450F is the Power Tuner application that you can control from your phone. This app has been upgraded and for those who are really clued up with their settings, there is so much detail and so many changes you can do with your bike all from your fingertips. For those that are still learning and unsure of the changes that are needed, the app has so many instructions for simple changes that will help depending on what you are feeling with the motorcycle and will give you information on what to change. Yamaha has also added a lap time button so after your moto you can download all your laps onto your phone to record lap-times from the day.

The two main engine maps are also very impressive to feel the difference in the power. When I first went out I was getting used to the bike and rode it in the calmer map, which helped to not get that extreme power out the corners and keep the bike feeling more mellow and controlled.

Once I got comfortable I switched it over to the more aggressive map which added a bit more power and provided the feeling of the bike pulling harder out the corners and down the straightaways.

Yamaha has done such a great job with addressing any issues from the previous bike, while sticking to the parts that worked so well, making the 2023 Yamaha YZ450F a huge step in the right direction. It’s going to be a serious contender to deal with in the future and I can’t wait to ride one again! For a more extensive technical rundown, head over and check out our Detailed feature. 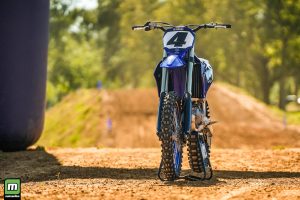 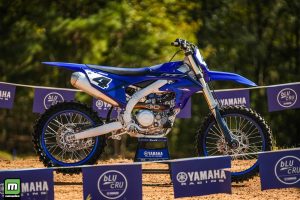 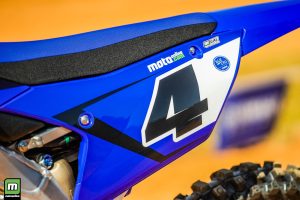 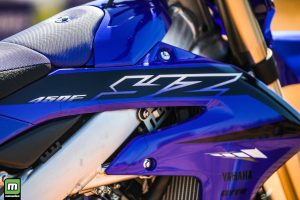 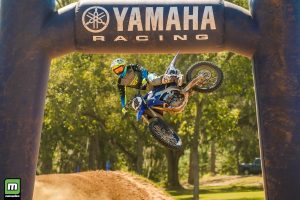 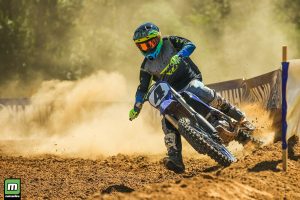 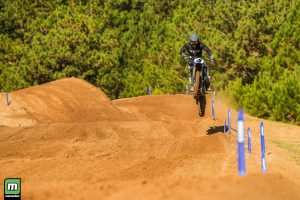 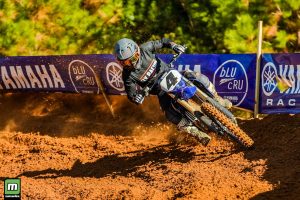 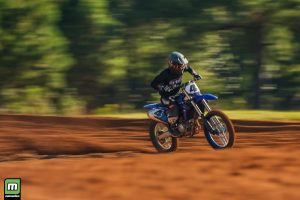 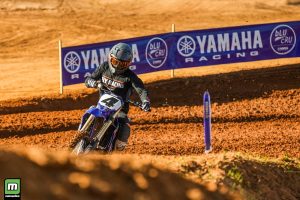 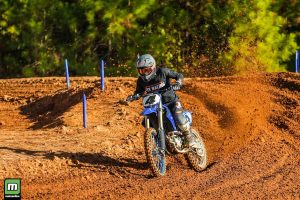 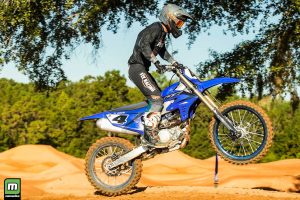 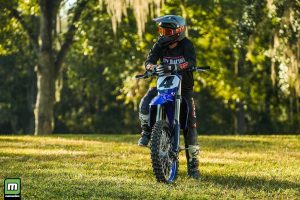