Convincing final round win ahead of Anstie and home standout Tanti. 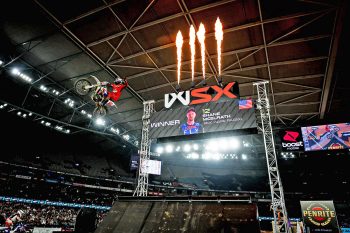 American Shane McElrath has clinched the 2022 World Supercross Championship (WSX) in SX2 after a breakout round victory with Rick Ware Racing in Melbourne.

McElrath entered the second and final round of the season with the red plate equipped with a Yamaha YZ250F, but didn’t win a race in the opener two weeks ago.

That changed tonight, however, with McElrath going 2-2-1 for the overall and – most importantly – clinching the world championship. It was a rewarding result for the RWR rider following a turbulent 450 campaign in the US this season across multiple teams.

Chisholm, Seely and Todd were involved in an opening corner crash, with the CDR rider remounting to finish P11, as Todd was 13th and Seely P18. Bogle also fell at the first turn but was unable to complete the outing and Owen was ruled out with a mechanical issue.

In the super final, McElrath claimed the SX2 world title in style, taking his first race win of the season in the final bout to secure another overall and the championship. Anstie kept the number 12 honest crossing the line less than a second from victory following a last lap push.

Tanti impressed once more to finish third, in front of Blose and Moss. Oldenburg had a moment on the opening lap as he approached the triple, recovering to P6 after losing considerable time, while positions seven to 10 were occupied by Todd, Desprey and Schwartz.

The round podium saw McElrath emerge victorious ahead of Anstie and Tanti, while in terms of the championship it was McElrath ahead of Anstie by nine points, with Blose holding onto a podium in P3. 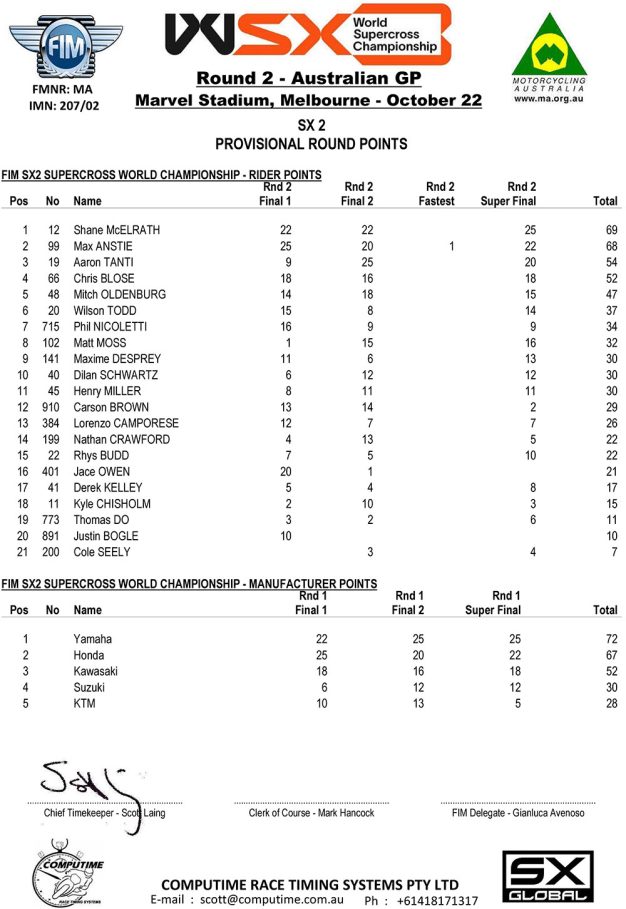