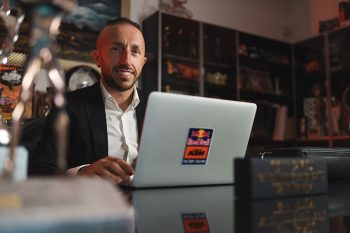 The 37-year-old retired from full-time competition at the conclusion of last season and made a cameo appearance in AMA Pro Motocross, as well as the Motocross of Nations (MXoN) this year.

“2022 was a change for me and now this is another chapter!” Cairoli stated. “It was great to race again this year, but it was also positive to take a small step back from racing and see things in a different way.

“I really hope I can bring as much knowledge and passion as possible to this new role. I will have some learning to do, but I also worked with some amazing people in my career, so I expect to use this experience. We are already thinking about our goals for 2023.”

As a nine-time world champion – six of those delivered since initially joining KTM in 2010 – the Italian will turn his attention to management. In addition, Australian Harry Norton will become team co-ordinator, long-standing leader Dirk Gruebel will become motocross development project manager and Claudio De Carli will oversee the program as motocross race director.

“This is the next step in our race department vision for motocross and for the way we want to keep the brands and organise the best potential in the paddock,” KTM Motorsports director Pit Beirer explained. “It was clear that Tony’s experience and never-ending passion for the sport was something we could count on, just like we did in 2009 when we first started talking.

“The De Carli connection has been one of the big success stories for us and I’m pleased that it can progress and continue. It’s great to have Joel in his development role still and Harry and Dirk taking on different tasks. We have some great riders and some excellent staff for 2023, so I’m sure we’ll have plenty more exciting times.”

Red Bull KTM Factory Racing recently celebrated their fourteenth title in the MX2 division since 2004 and with the KTM 250 SX-F thanks to Tom Vialle’s thrilling last round victory of the 2022 campaign in Turkey. Joel Smets, who has been instrumental in Vialle’s development, will train and coach the team riders.

“It is very satisfying to see how we were able to reorganise and clarify the positions of important people for Red Bull KTM and other projects,” added Robert Jonas, KTM head of motorsports off-road. “I think there is some exciting potential because there is so much priceless experience – both on the ground at the track and back in the workshops.

“If Tony can bring the same enthusiasm for motocross and learning as he did when he was a rider then this next challenge should go very well for him and be of a big benefit for the team. I want to thank all of the staff involved for getting behind the plan and how we will head into the world championship in the coming years.”

Red Bull KTM Factory Racing will launch into 2023 with Jeffrey Herlings (MXGP) upon return, alongside the fresh MX2 line-up of Andrea Adamo and Liam Everts (MX2). Vialle has recently arrived in the US ahead of his American transition next season.