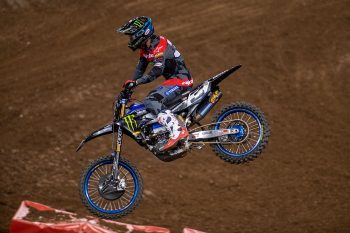 A three-race sweep from Eli Tomac saw the high-profile wildcard entry perfect in Cardiff’s opening round of the 2022 World Supercross Championship (WSX).

Final one of the WSX category ended up being a commanding result from Tomac in winning by 4.435s, but only after initial leader Ken Roczen (Honda Genuine Honda Racing) went down in the mid-stages.

While Tomac was in control out front, Vince Friese (MotoConcepts Honda) held on for second ahead of a charging Roczen, who continued to execute the quad he first did in super pole.

Tomac was again flawless in the second of the eight-lap finals, this time crossing the finish 2.246s clear of Roczen, who again had the speed, but not track position on this occasion.

Third was the end result for early leader Friese, followed by an impressive Cedric Soubeyras (Bud Racing Kawasaki) and Savatgy, who was able to get back on track after exiting the first race. Brayton, Hill, Adrien Escoffier (Bud Racing Kawasaki), Freddie Noren (PMG Suzuki) and Ramette were the top 10.

A late crash saw yet another big name go out, this time Wilson falling on the final lap while running well down the order.

The WSX super final at 12 laps in duration capped off the night and, while the race distance was extended, the result was unchanged as Tomac delivered to claim all three race wins and the grand prix overall.

This time out saw Tomac cruise to a 1.747s victory ahead of Savatgy, who had made a late move for position on Brayton – leader of the opening laps – and that’s how they finished. Fourth was Roczen after ending lap one in P8, with Friese once again up-front in fifth.

Positions six to 10 included Soubeyras, Hill, Pellegrini, Tixier and Bourdon, while overall it was wildcard entry Tomac who topped the podium over Roczen and Friese. The WSX Championship will now take a single weekend off, before travelling to Melbourne for round two between 20-21 October. 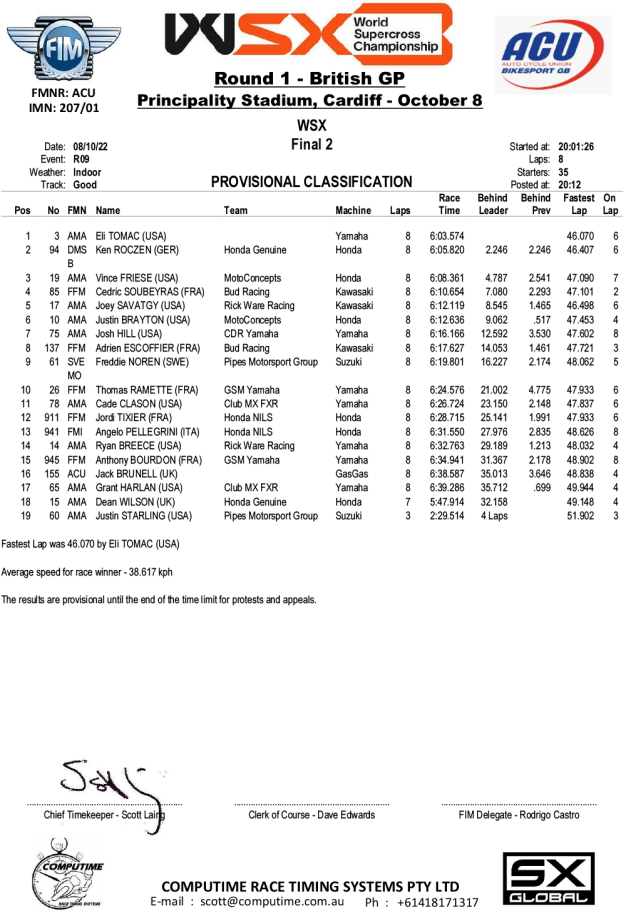 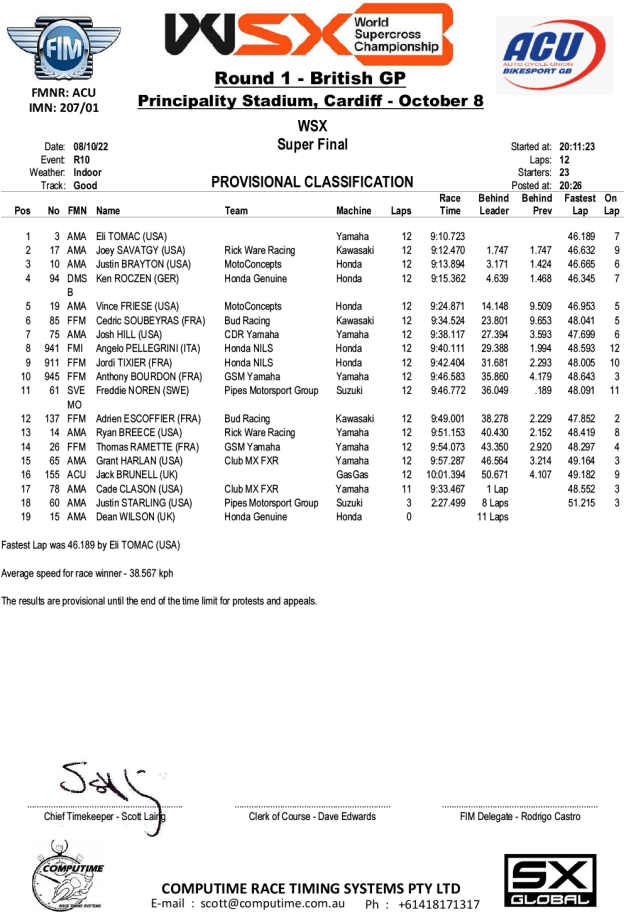