Final wins split by Oldenburg and Anstie at opening WSX round. 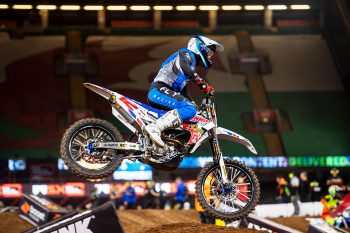 Winning the first SX2 final of the season was Mitchell Oldenburg (MotoConcepts Honda) in a solid performance ahead of Bud Racing duo Chris Blose and Matt Moss.

It was a tough one for the heat winners, Max Anstie (Honda Genuine Honda Racing) finishing 11th and Justin Bogle (MDK Motorsports KTM) going out early with what appeared to be a mechanical issue, but he will be back for the second outing.

Following a five-minute break, the gates dropped on final two and this time it was Anstie who holeshot and went on to win, but importantly, first heat winner Oldenburg could only finish in P19 after going down early.

Claiming second was Maxime Desprey (GSM Yamaha) ahead of McElrath and Blose, while a better start from Wilson Todd (Honda Genuine Honda Racing) enabled him to hold onto fifth. Sixth through 10th included Kelley, Brown, Bogle, Tanti and Walsh.

The SX2 super final gave Oldenburg the chance to rebound and that’s exactly what he did, winning by 2.594s at the conclusion of this extended 10-lap affair. He led Seely and Tanti in a real mixture of results, while Brown was fourth and McElrath fifth.

Next in line was Bogle, ahead of Kelley, Blose, top-qualifier Jace Owen (ClubMX FXR Yamaha) and Anstie. The overall belonged to a consistent McElrath, joined on the podium by Blose and Oldenburg to open the season.

Next up, the WSX Championship will arrive in Melbourne for the second and final round on 20-21 October. 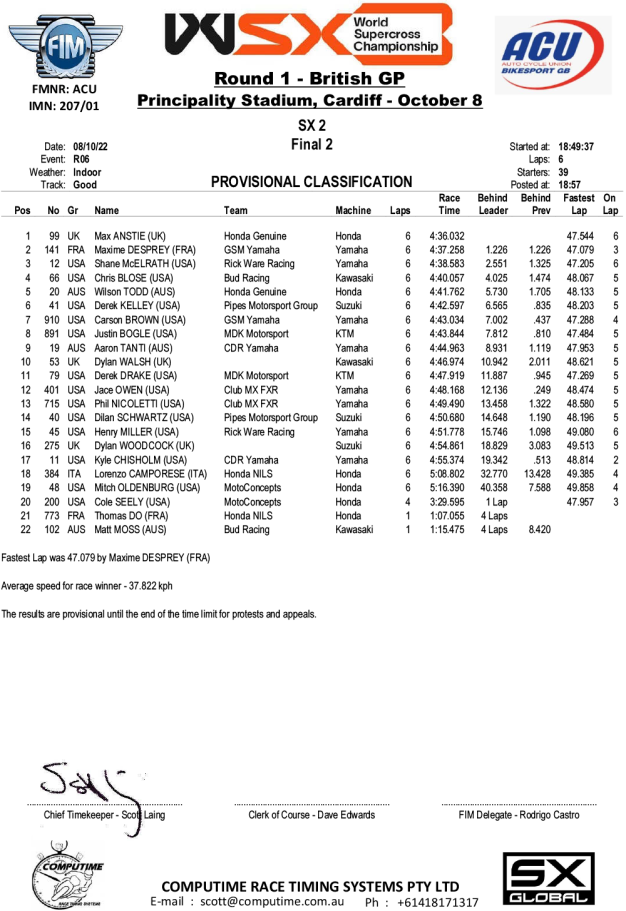 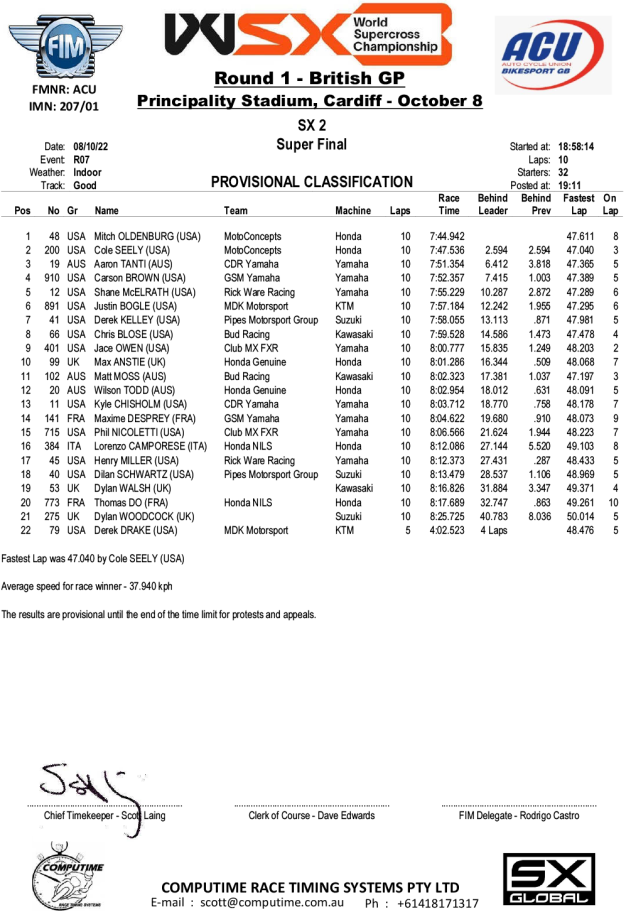