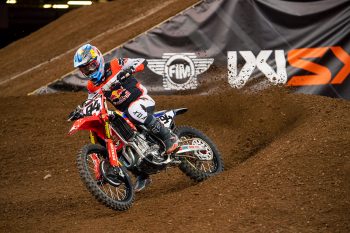 Qualifying in the new 2022 World Supercross Championship (WSX) have been topped by Ken Roczen and Jace Owen, the pair setting the pace at Cardiff’s WSX British Grand Prix this afternoon.

It was wildcard Eli Tomac (Monster Energy Star Racing Yamaha) who led the way across practice, but was third in qualifying at 46.002s, followed by Justin Brayton (MotoConcepts Honda) and Luke Clout (CDR Yamaha). Best of the Europeans was Thomas Ramette (GSM Yamaha) in sixth position, as group two fastest Vince Friese (MotoConcepts Honda) was next in line for P7. 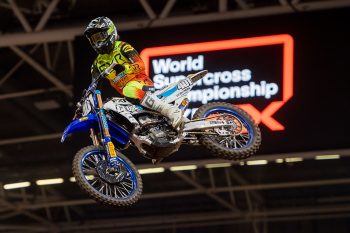 When the first SX2 qualifying sessions of the season were complete, its as Owen (ClubMX FXR Yamaha) who sat atop the leaderboard with a 46.584s, ahead of group two leader Max Anstie (Honda Genuine Honda Racing) at 46.733s.

Practice pace-setter Cole Seely (MotoConcepts Honda) was third upon return, directly ahead of Chris Blose (Bud Racing Kawasaki) as the final rider within the 46s. Next in line was Mitchell Oldenburg (MotoConcepts Honda), while after going fastest on Friday, Derek Drake (MDK Motorsports KTM) was sixth this afternoon. 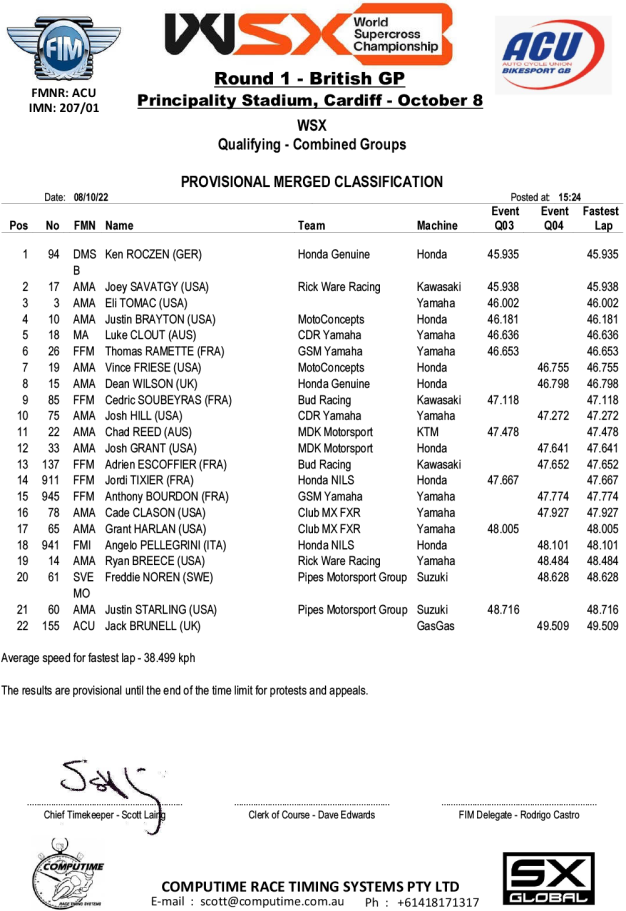 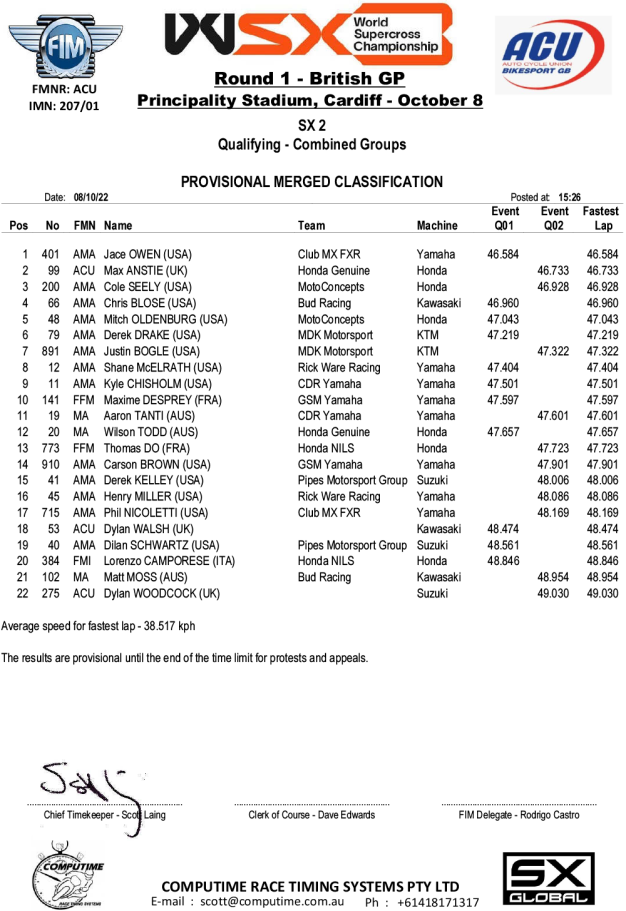