Tomac, Drake quickest in practice as WSX opens in Cardiff

Warm-up and practice was held at Principality Stadium in Wales to commence the all-new WSX Championship under SX Global management, setting the stage for tomorrow’s opening round of the pilot season.

As he was in the initial 15-minute session, Monster Energy Star Racing Yamaha rider Tomac set the benchmark at 46.985s, which was 0.265s up on first of the WSX regulars, Red Bull-backed Ken Roczen (Honda Genuine Honda Racing). Also in group one, Joey Savatgy (Rick Ware Racing Kawasaki) was P3 overall. 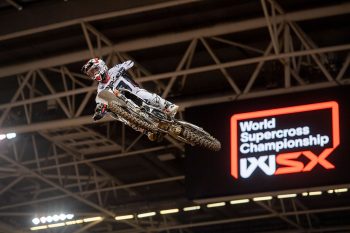 In the SX2 category it was KTM-mounted Drake who topped the charts with a 48.152s lap-time, leading Australian ProMX champion Aaron Tanti (CDR Yamaha) by 0.121s – the pair split in separate groups today.

Like Tanti, Shane McElrath (Rick Ware Racing Yamaha) has stepped back to a 250 for the WSX series and was third, followed by Mitchell Oldenburg (MotoConcepts Honda) and Justin Bogle (MDK Motorsports KTM), who was within half a second of teammate Drake. 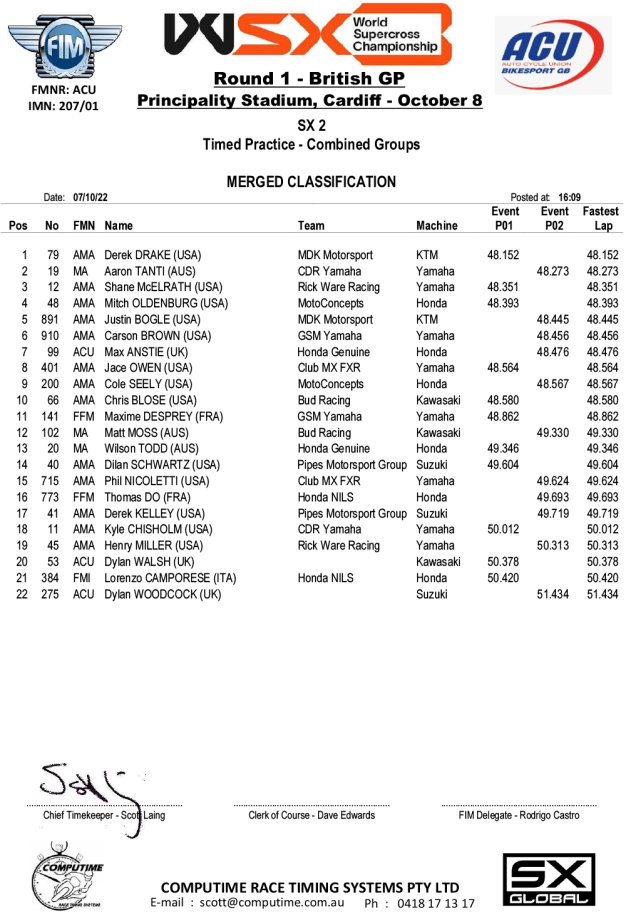