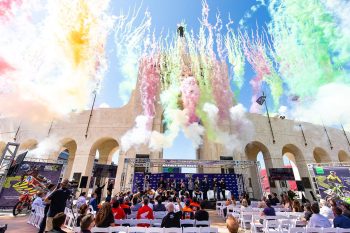 Details of the innovative new SuperMotocross World Championship (SMX) structure have been outlined, introducing playoffs including a title-deciding final round in the post-season of Supercross and Pro Motocross from 2023.

With Supercross continuing at its traditional 17-round duration and Pro Motocross being reduced to 11 rounds and still crowning individual series champions, collectively there will be 31 rounds in the SMX season that will conclude at the LA Memorial Coliseum on 14 October next year.

The opening two playoff events still remain to be announced as of today’s press event in Los Angeles, however, the official hybrid track map for the SMX final round has been uncovered.

In terms of the format, the top 20 riders from combined Supercross and Pro Motocross standings will automatically be seeded into the SMX playoffs. Riders in positions 21-30 overall, in addition to any rider who has won a main event/overall in either series will also be eligible, but will have to qualify for the 22-rider field within the remaining two gate picks.

Leading into the playoffs, the points will be reset in both classes. The top 20 will be seeded into the playoffs using one event’s worth of Supercross points – 26 for the regular season points leader, 23 for second, 21 for third, 19 for fourth, then single point denominations to the 20th seed, making performance during the regular season crucial for playoff position.

There will be two 20-minute motos in the SMX post-season using olympic scoring, where a tiered points-structure will see a maximum of 26 points awarded to the winner at the first of the playoff events, 52 points at the second and 78 points at the final round that will determine the ‘world champions’ of SMX.

Of the $10-million in prize money previously announced, it’s been confirmed that $5.5-million of that will be specifically dedicated to the SMX portion and the 450 class champion will earn $1-million, with the 250 title-winner claiming $500,000. Season-long purses will be increased by $1.2-million.

A combined five-year broadcast package is a critical component of effectively merging Supercross and Pro Motocross, which results in all 31 races being streamed on Peacock within the US and that coverage will also extend across NBC and its NBC Sports networks.

International viewers – inclusive of over 140 countries worldwide – will have a SMX Video Pass made available to watch Supercross, Pro Motocross and the SMX series live from all 31 events throughout the 2023 season. 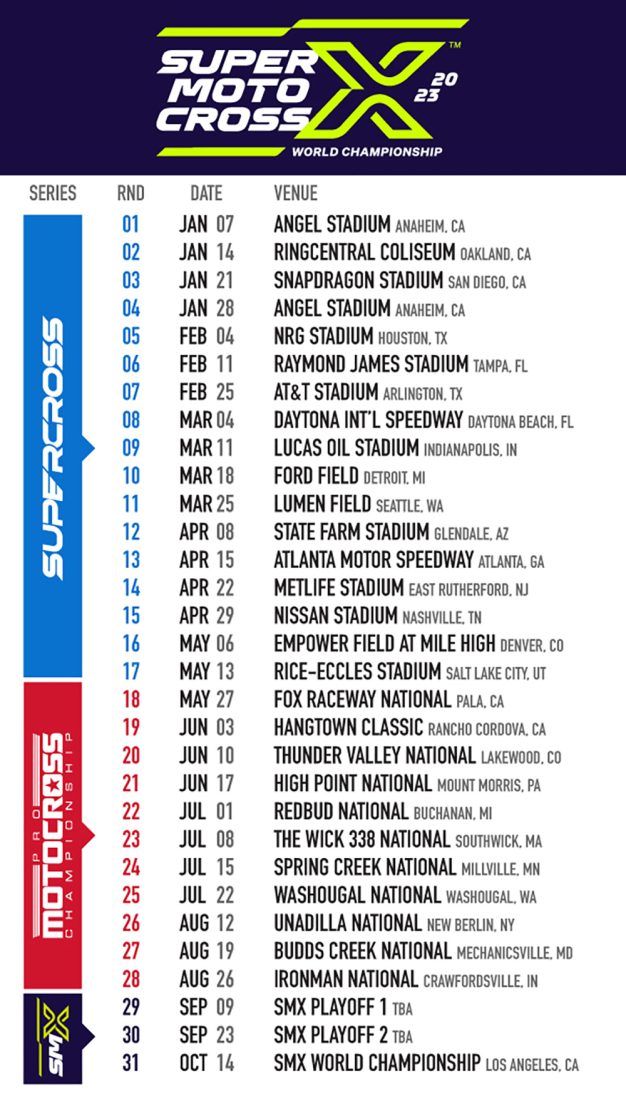