The 75th edition of the Monster Energy Motocross of Nations (MXoN) made a welcome return to RedBud for 2022, with many highly-anticipated debuts, match-ups and intriguing storylines taking place across the event. In this latest Rated feature, we take a look at a selection of key performers throughout this year’s competition for the Chamberlain Trophy. 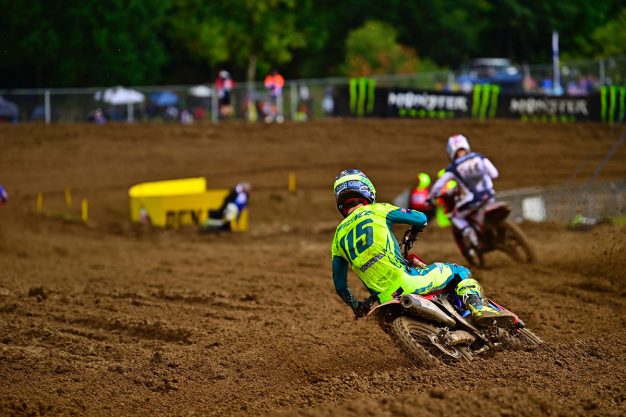 Rider: Jett Lawrence
Rating: 9/10
Rundown: It was virtually a dream 450 arrival for Lawrence, who translated his immense pace shown a 250 to the bigger bike. Just weeks after clinching a second 250MX crown, ‘Jettson’ stepped up to a CRF450R for the international event and immediately impressed by topping free practice and finishing third in the Open qualifying heat. In race two (MX2/Open), he took control of the lead on lap seven and stormed to a remarkable 14.240s victory, passing Chase Sexton (USA) and Mattia Guadagnini (Italy) to do so. Despite vision issues that forced him to ditch his goggles in the final race (MXGP/Open), Lawrence was able to cross the line P2 and land first overall in Open, also scoring the best outright points score across the event and finish P3 with Team Australia. While Lawrence is set to step back to a 250 for 2023 Monster Energy Supercross, his performance at RedBud was a clear warning shot to his rivals ahead of a full-time 450 transition for Lucas Oil Pro Motocross next year.

Rider: Eli Tomac
Rating: 8.5/10
Rundown: Tomac delivered a solid MXoN, charging from outside of the top six to finish second in the MXGP qualifying heat, thanks to a late move made on Jeremy Seewer (Switzerland). A better start in race one (MXGP/MX2) saw the Yamaha rider lead every lap en route to a 3.2s victory ahead of Jago Geerts (Belgium), but was caught up in an incident with the Belgian in the opening lap of race three (MXGP/Open). Tomac made his way back to sixth from outside of the top 10 which was enough to secure second overall for MXGP, and importantly Team USA the Chamberlain Trophy for the first time in his successful career. While Tomac had to claw his way through the field in two of the three outings, he maintained his composure with a mentality that showed exactly why he is a multi-time AMA champion.

Rider: Chase Sexton
Rating: 8/10
Rundown: Despite a costly late-race mistake that resulted in Sexton losing out on a sure victory in the Open heat, the Honda talent delivered two consistent outings in Sunday’s tricky conditions to make a vital contribution to Team USA’s success. Sexton ran second for the opening six laps of race two (MX2/Open) before being relegated to P3 by Lawrence, but later moved back into the runner-up position with a move on Guadagnini. Keeping his nose clean in race three (MXGP/Open), Sexton crossed the line third once more to secure victory for  Team USA. While he may not have delivered a jaw-dropping performances witnessed during the outdoors, Sexton was consistent when it counted and the best points-scorer for the US, which justifies his high rating. 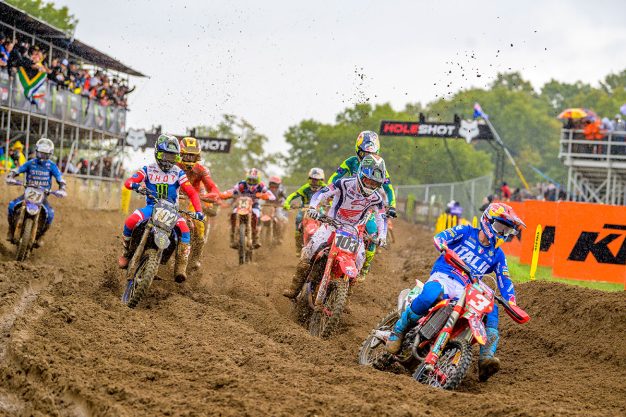 Rider: Justin Cooper
Rating: 8/10
Rundown: Enduring a mediocre 2022 season impacted by injury, Cooper silenced critics and undoubtedly underlined his place on Team USA with his MX2 performance at RedBud. Topping Saturday’s free practice and winning the MX2 heat on Saturday by a commanding 18.8s, the former 250SX champion carried that form into Sunday finished ninth in the opening race (MXGP/MX2) and second in class behind Hunter Lawrence (Australia). Race two (MX2/Open) was where he really made an impact, finishing P4 against the 450 machines which was ultimately a decisive moment in Team USA’s victory and an impressive feat, especially considering the rain-impacted conditions. He was also first in class on that occasion which landed him P1 in MX2 for the event.

Rider: Maxime Renaux
Rating: 8.5/10
Rundown: Last year’s MX2 world champion Maxime Renaux has shown great pace graduating to a 450 this year and capped that off with a stunning display at RedBud. The magnitude of Renaux’s results was overshadowed by Team USA’s victory, but the fast Frenchman delivered and won the final race (MXGP/Open) against all of the fastest 450 riders at the event. When coupled with his P3 finish in the opening race (MXGP/MX2), Renaux was victorious overall in MX2 and the second-best points scorer at the event behind Lawrence.

Dylan Ferrandis:
Rating: 7/10
Rundown: Ferrandis rebounded from an injury-troubled 2022 to produce arguably his strongest performance of the year at the RedBud. Last year’s 450MX champion capitalized on a late mistake from Sexton to win the Open heat before falls in both of his Sunday bouts limited his charge. Nonetheless, Ferrandis was able to recover to sixth in race two (MX2/Open) and fourth in race three (MXGP/Open) to notch P3 overall in the Open class and help Team France finish runner-up. Notably, he fell while leading in the final outing and had limited time racing over the summer, only competing in two Pro Motocross nationals being forced out following Budds Creek with a wrist injury. With this considered, the determined Ferrandis’ performance at RedBud deserves a strong rating.