Savatgy Breece, Nichols and McElrath to feature in pilot season. 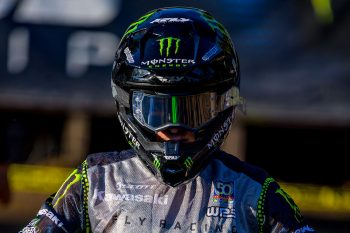 Rick Ware Racing has named its high-profile line-up for the 2022 World Supercross Championship (WSX), featuring Joey Savatgy and Ryan Breece in WSX alongside Colt Nichols and Shane McElrath in SX2.

Savatgy will be equipped with a Kawasaki KX450 and Breece a Yamaha YZ450F in the premier class, while both Nichols – the 2021 AMA Supercross 250SX East champion – and McElrath will ride YZ250F machinery.

“Joining the FIM World Supercross Championship has been a thrilling addition to our existing motorsport programs,” said Rick Ware. “Not only does this give our organization an opportunity to cultivate partnerships globally, it also allows us to reach new fans all around the world.”

“I returned to supercross for one reason – to compete for a world championship – and I have every intention of winning. These four riders know exactly what it takes to win at the highest level and each of them bring the skill, experience, and competitive drive we need to accomplish this goal. I couldn’t be more motivated and optimistic about our chances.”

This year’s WSX pilot season is only expected to span two rounds, beginning with the British Grand Prix on 8 October, followed by Melbourne in Australia on 21-22 October. Next year could feature up to 12 events between June and November, according to SX Global.