Previous winners named to compete in all two-stroke 2022 event. 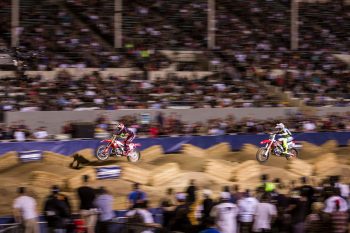 A total of 32 contenders will compete across the 125cc/150cc and 250cc classes, all equipped with two strokes on 15 October.

In the 125cc/150cc category, former winner Carson Brown will be aiming to claim another victory, squaring off against Ryan Morais, Casey Cochran and AJ Catanzano to name a few.

An evolution of the events past, this year’s edition remains the same with a best-of-three race format. Practice, qualifying and finals all take place on the same day, with the finals culminating just before the sun sets into the horizon.

For those that can’t make it to the event, catch all the action of Red Bull Straight Rhythm streaming live exclusively on ESPN+. A complete list of those announced is below.