Grant to join Reed on 450 as Bogle and Drake will contest SX2. 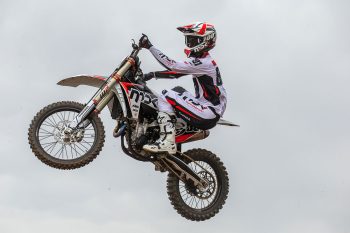 MDK Motorsports has completed its four-rider 2022 FIM World Supercross Championship (WSX) roster, with Josh Grant to teammate Chad Reed on a 450 while Justin Bogle and Derek Drake will contest SX2.

Like Reed – who was previously announced – Grant will return to professional competition for the inaugural WSX season, having last raced in 2019 in Monster Energy Supercross.

Grant has a 450SX victory to his credit, coming in 2009 at Anaheim 1, as Bogle will step back to a 250F for the upcoming world championship, having competed in the premier class throughout recent AMA seasons. Bogle’s best 450SX result in 2022 was P8 on two occasions and he has achieved three 250SX East victories throughout his career.

“This is a lineup stacked with veteran experience and incredible skill – guys who’ve raced at the highest level and know exactly what it takes to win,” said MDK Motorsports team owner Mark Kvamme.

“Chad and Josh were teammates over the years and there’s a valuable level of trust and mutual respect between them, while Justin and Derek will be a formidable pairing to push the field in SX2. This is a tight group, and we couldn’t be more excited for the first race in Cardiff next month.”

The 2022 WSX Championship commences at Cardiff’s Principality Stadium on October 8 for the British GP.