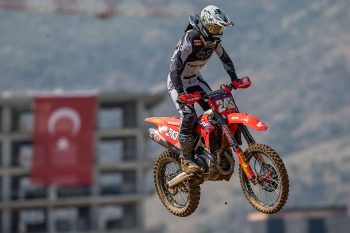 Crowned champion in Finland, Gajser concluded the 2022 MXGP World Championship standings on 763 points, ahead of Seewer in second on 657 and Jorge Prado (Red Bull GasGas Factory Racing) P3 with 589. 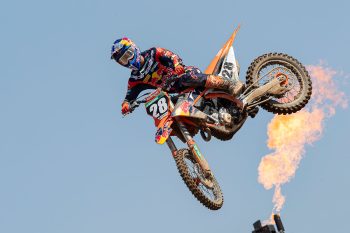 Vialle was victorious in the opening MX2 bout at round 18, taking the points lead by a single point ahead of Jago Geerts entering the final race of the season. The Monster Energy Yamaha MX2 rider was second in the first outing at Afyonkarahisar.

Geerts grabbed the early lead in moto two before a battle ensued between himself and Vialle. In what was ultimately a decisive moment in the race, Vialle lost the front as Geerts could not avoid him, crashing also.

The number 28 was able to remount first, as Geerts fell again while trying to close down the Spaniard. Vialle won the race and with that the round 18 overall and a second-career MX2 World Championship.

The final round of the 2022 Women’s Motocross World Championship took place at Afyonkarahisar, with Courtney Duncan (Kawasaki) landing the overall victory with a perfect 1-1 scorecard.

Yamaha-mounted Larissa Papenmeier was second in Turkey courtesy of 2-4 results, as Sara Andersen completed the top three with 4-3 finishes.

Eighth overall in Turkey was enough for Nancy Van de Ven (Yamaha) to capture the 2022 title in the category, 18 points ahead of Lynn Valk with Papenmeier completing the top three a further nine adrift. 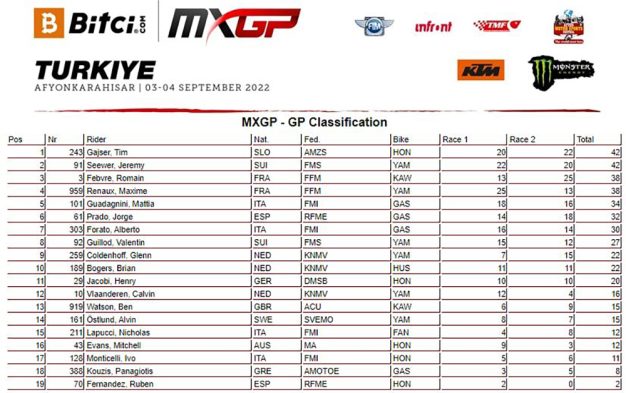 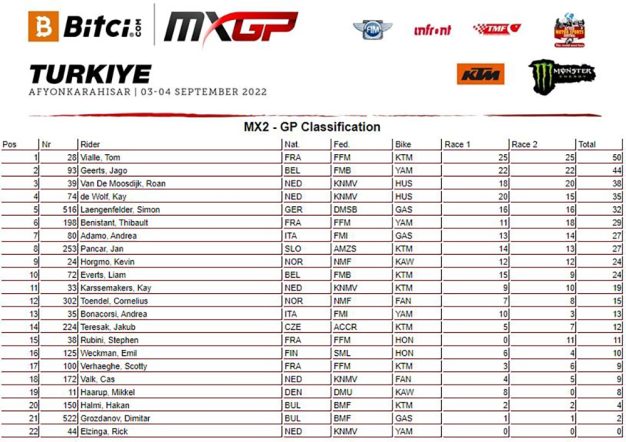 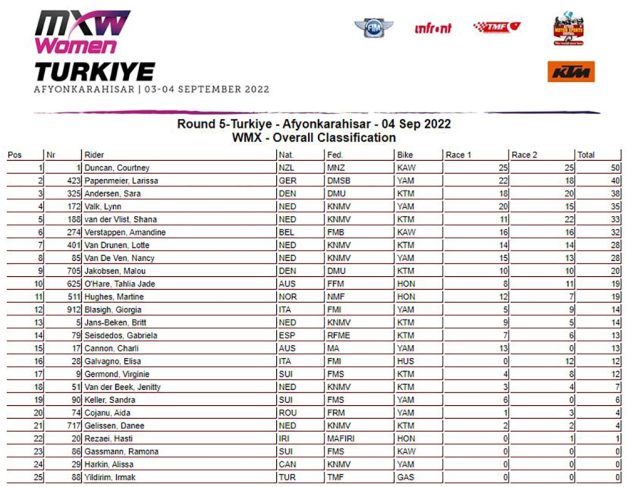