MXoN preparations in first outdoor appearance of the season. 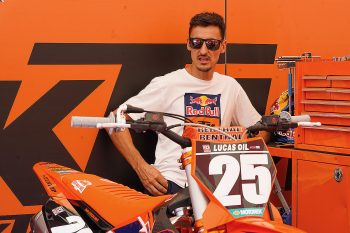 Frenchman Marvin Musquin will make his return to Lucas Oil Pro Motocross in this weekend’s final round at Fox Raceway riding 250MX, the Red Bull KTM rider preparing for the upcoming Motocross of Nations (MXoN).

Former two-time MX2 world champion Musquin will represent Team France at RedBud later this month alongside Dylan Ferrandis and Maxime Renaux, stepping back to the 250 category.

Musquin signed with KTM on a Supercross-only deal for this season, finishing fourth in the 450SX championship standings with a single victory at the St. Louis round.

Despite Cooper Webb opting to sit out Pro Motocross, Musquin’s initial plan not to ride the outdoors never shifted, which results in this weekend at Pala being his first appearance of the season.