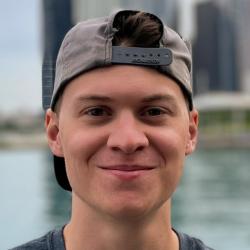 Nicoletti, Clason on 450s with Lopes and Owen set for SX2 action. Announced last month as one of the 10 teams selected to participate in the all-new FIM World Supercross Championship (WSX), the Muc-Off FXR ClubMX team has named four riders for the 2022 season.

Jace Owen and Enzo Lopes will line up in the 250cc category, while the South Carolina-based team calls upon Phil Nicoletti and Cade Clason to race in the premier 450cc class.

ClubMX will compete globally with a new international division led by co-owner Scott Jeffery and longtime Canadian race team owner Kourtney Lloyd and using motorcycles prepared equally to their machines that race indoors and out on American soil.

Though not part of the new WSX program, Garrett Marchbanks and newcomer Jeremy Martin will represent the team in 2023 with a complete focus on Monster Energy Supercross and the Lucas Oil Pro Motocross Championship.

Owen averaged a finishing position of 11.3 during the 250SX East regional series in 2022. Lopes was slightly better with an average finish of 10th. At the same time, Nicoletti led the 250SX results for ClubMX despite missing the main event in Indianapolis and the last three rounds due to injury.

Nicoletti improved at each Supercross in 2022, beginning with a 10th at the Minneapolis season opener and ending with a top five in the St. Louis triple crown. As the team notes in its announcement, “Nicoletti is an American treasure, so it simply makes sense to share him with the rest of the world.”

Competing on an SGB Racing-prepared Honda, Clason placed 17th on average in the profoundly competitive 450SX class in 2022, participating in 13 of the season’s 17 main events and achieving a best finish of 10th at Detroit.

The ClubMX team reports hosting riders from 10 countries for training at its facility in 2022. The team looks forward to showcasing its bikes, riders, and sponsors on a world stage, beginning with the British GP in Cardiff’s Principality Stadium on October 8.