Shimoda and Jett Lawrence fill the round podium positions. 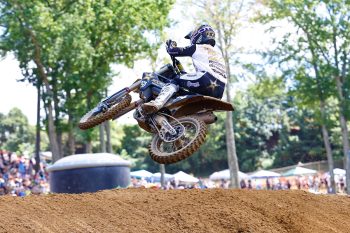 Hampshire broke his 2022 outdoors drought by winning the opening 250MX race; the Flordian took the holeshot, but it was short-lived as TLD Red Bull GasGas’s Michael Mosiman quickly swept into the lead.

Mosiman surrendered the lead to Hampshire midway through the race, with Team Honda HRC’s Jett Lawrence also gaining finding his way past the GasGas rider into P2 after a spirited battle.

Hampshire wasted no time stretching out a comfortable seven-second lead over the Australian, as Jo Shimoda (Monster Energy Pro Circuit Kawasaki) passed Maximus Vohland (Red Bull KTM), for fourth, then got embroiled in an intense 15-minute battle with Mosiman to eventually work his way into third.

Hampshire would take his first race win of the year with an eight-second victory over Lawrence, with Shimoda third, Mosiman fourth and Vohland fifth.

Jo Shimoda put in a solid ride to take the checkered flag in the second 250MX moto.

Cooper claimed the holeshot of the second 250MX moto, closely followed by Swoll and Vohland, but it was Shimoda who made the early moves slicing his way into second before the first lap was completed.

A lap later he briefly took over the lead before Cooper struck back quickly to regain P1.

Halfway through the race Shimoda put on another charge and again jumped past Cooper into the lead, but this time the Yamaha rider didn’t put up a fight.

Further back, Jett Lawrence, who was squeezed off the start, made a series of rapid passes to work his way up to fifth with 10 minutes remaining, before Hampshire made a move on Cooper to take over P2 and the Budds Creek overall.

Shimoda would take a comfortable seven-second victory over Hampshire, while Lawrence made two late passes on Swoll and Cooper to finish third in the moto and third overall.

In the championship standings, Jett Lawrence stretched out his advantage to 37 points as Shimoda took over second in the title chase from Hunter Lawrence.

The 11th and penultimate round of the Lucas Oil Pro Motocross Championship will be held at Ironman, IN next weekend. 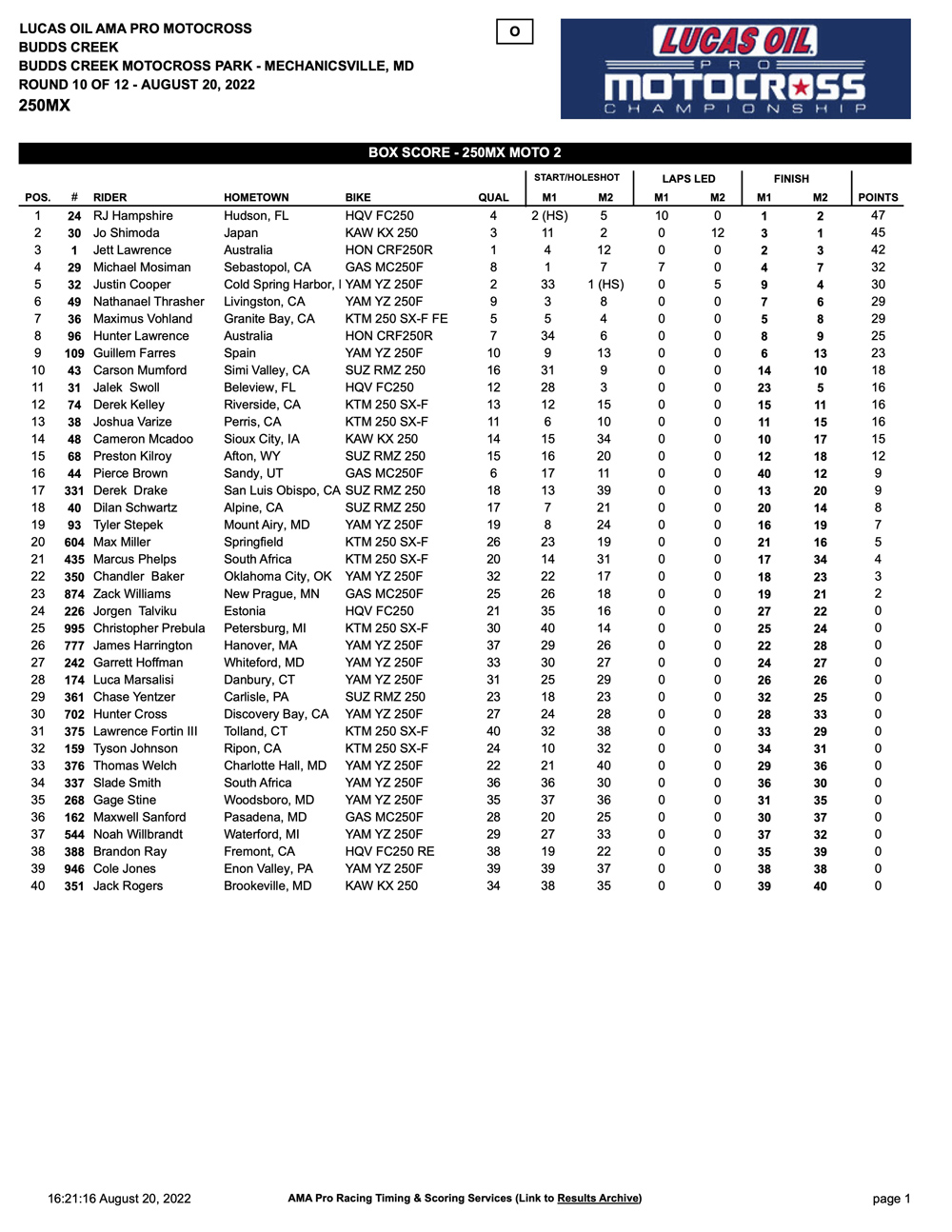