In this month’s instalment of Matthes Answers, led by PulpMX’s Steve Matthes, get his take on the latest regarding 2023 rider movements, those returning from injury as we speak and 250 contenders in need of a premier class opportunity. If you want to send him a question, simply get in touch via the @motoonline socials and we’ll pass on the most timely questions each month. 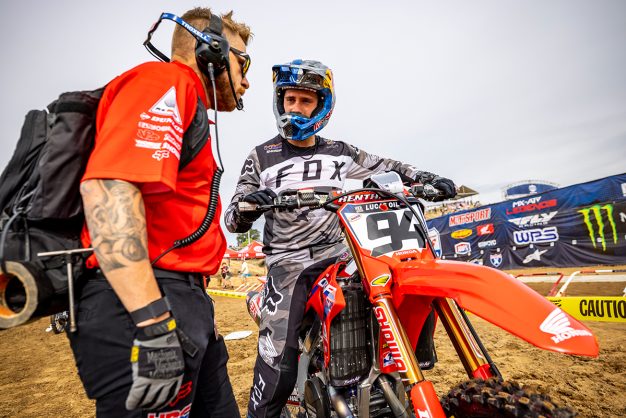 Questions, questions, we got questions! Thanks for the replies to this, we got more than we could fit in and some other ones that I couldn’t answer due to laws against swearing too much on the internet. But yeah… away we go!

What’s with the new trend of riders returning from injury late in the season? Traditionally we wouldn’t see them back until the following series in that case…

I know, right? Generally, for years we saw highly paid factory dudes pull the plug on racing at all even though they were ready to go. Adam Cianciarulo is doing that very thing this year as his ACL is ready to go and he could sneak in some races, but nope! Ryan Villopoto did this years ago as well. Heck, we’ve seen top riders dipping out of SX races they could win because they might point out! No-one who writes these guys’ checks seems to care about racing for some reason, but yeah, Malcolm Stewart, who hasn’t raced a national in eight years has returned for the last four Pro Motocross rounds, as well as his teammate Dean Wilson who is more coming back because these will most likely be his last nationals ever since he’s going SX-only next year with Firepower Honda. And Dylan Ferrandis as well, the current 450MX champion, he too has come back for these final four rounds. The times, they are a-changing!

If Ken Roczen and Honda don’t agree to an extension soon, is there any chance we see Jett Lawrence in 450SX next season?

I think, yes there would be a chance, but a slim one. The weird thing about Roczen’s deal not being done is that, one, there’s no other place for Kenny to go and, two, Honda kind of needs him also. So you would think a match would be found there, but Kenny’s agent is pretty notorious for being tough to deal with, so I imagine Honda wants to cut Kenny’s pay, while Kenny and his agent are are not having it. I have heard some rumors – just rumors – that Honda has perhaps reached out to have a back-up 450SX-only rider (and just for 2023 also)… is that the number 10’s music playing? I’m just saying… 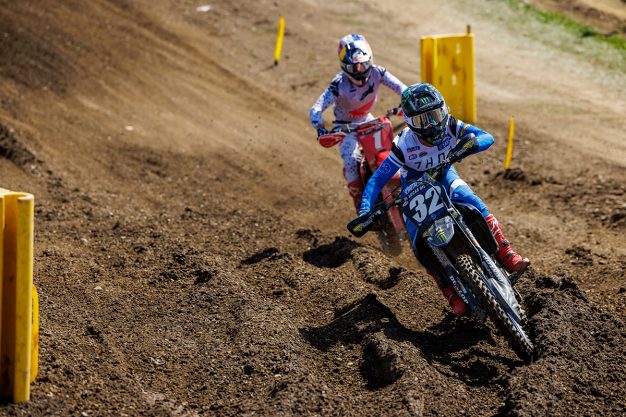 What’s happened to the KTM-equipped team that Colt Nichols (and Justin Bogle?) were supposed to ride for? And what does this mean for them in 2023?

That was going to be the Rocky Mountain ATV/MC sponsor working with the ex-BBMX partner Mark McKenzie to field a team of Colt Nichols, Justin Bogle and perhaps another rider with KTM OEM support. But yeah, as I tweeted, that team is off and I have it on good sources that the contract Colt signed with the team will be honored (he had been riding a KTM at the 83 Compound that McKenzie owns, so maybe the winner in this is Colt Nichols who will be getting paid twice!). Not sure why the new team that wasn’t a team folded already, but RMATVMC and KTM apparently want to stay together, so maybe there will be an existing team in the pits that currently rides yellow that could get KTM support, a big sponsor and Nichols? Keep your eyes peeled for that, which might happen, but either way I do think Nichols will end up at the HEP team on some kind of color.

Will Justin Cooper be on an outdoor-only contract for next year, considering he can’t ride 250SX anymore? And will he still on a 250 in Pro Motocross?

Yes, Justin himself confirmed on the PulpMX Show a few weeks ago that he will be in 250MX for 2023 and yeah, he doesn’t have a SX ride right now… I had heard he was going to just ride outdoors during SX, but really? That’s really going to happen? Why not put him on a 450? He’s going to have to ride the big bike class at some point and I’m so confused by this plan. Typical Star Racing though, they’ll do something that’s outside the box, but this one is weird. I would bet we see JC indoors in 2023 in the 450 class (maybe on a 250 though?) and then, as he said, 250MX as well.