Teams continue to firm ahead of RedBud MXoN 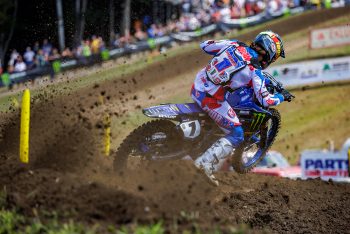 The teams to compete in the 2022 Motocross of Nations (MXoN) at RedBud continue to take shape, with France and Germany the latest to reveal their rider lineups.

MX2 world champion and premier class rookie Maxime Renaux will represent the French squad in MXGP, with reigning 450MX champion Dylan Ferrandis in Open and Marvin Musquin stepping down to a 250F to compete in MX2.

Despite fracturing his back in the qualifying race at Teutschenthal, Renaux has delivered an impressive first campaign onboard 450 machinery, clean sweeping the MXGP of Spain. Meanwhile, Ferrandis returned to competition at Unadilla after missing the opening eight rounds of Lucas Oil Pro Motocross with a thumb injury and was seventh overall.

AMA premier class contender Musquin has not competed in the outdoors this year altogether. He last raced on a 250 at the 2015 MXoN in Ernee, France and was victorious in MX2 which helped his country secure the win. Notably, former world champions Tom Vialle and Romain Febrve are absent from the lineup.

Team HRC’s Ken Roczen will not represent at the prestigious event in 2022, previously indicating he was unsure if he would have the time to adequately prepare with FIM World Supercross Championship (WSX) commitments. Therefore, Germany’s squad consists of Max Nagl (MXGP), Simon Laengenfelder (MX2) and Tom Koch (Open).

The assault of defending champions Team Italy will be spearheaded by motocross legend Tony Cairoli (MXGP), with Andrea Adamo (MX2) and Mattia Guadagnini completing the trio. Cairoli returns to American soil to compete in 450MX this Saturday at Budds Creek after contesting the opening four rounds of the series earlier in the year.

Unadilla 250MX overall winner Jo Shimoda will take to the gate for Team Japan in MX2, while Jeremy Seewer (MXGP) will lead Team Switzerland’s charge on 23-25 September. Team Australian and Team USA have not yet announced their riders.