Unpacking likely candidates to represent at RedBud in September.

The 2022 Motocross of Nations (MXoN) at RedBud is fast-approaching as various countries continue to announce their lineups. In this Three Things feature, MotoOnline takes a closer look at the riders from the 2022 Lucas Oil Pro Motocross Championship who are key candidates to represent at the international event on 24-25 September. 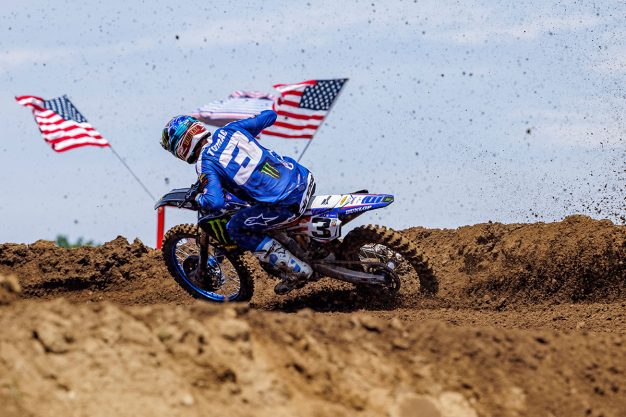 Generally, the leading rider in the 450MX class will represent Team USA in the MXGP category at MXoN, if available. Eli Tomac (Monster Energy Yamaha Star Racing) holds the red plate in the premier class by five points entering round nine of the 2022 Lucas Oil Pro Motocross Championship at Unadilla, where an announcement is expected regarding the team’s selections. Tomac has confirmed that if he is selected, he will be there, making him the likely candidate to represent in MXGP (unless he makes the decision to enter MX2!). Both he and Team Honda HRC’s Chase Sexton have been the standout performers in 450MX this season, with Sexton only finishing outside the top two on one occasion. Sexton has stated multiple times that he would relish the opportunity to represent Team USA and RedBud is a home race for the number 23, who is originally from Illinois. Considering Sexton is the only rider to match Tomac this season on a 450 and that he has a strong desire to race the event, it would be surprising if he isn’t selected for Open or MXGP.

With the highest-placed American in the 250MX standings being Justin Cooper in P4, select 450 riders had put their hand up to step down to MX2 including Justin Barcia and current 250SX West champion Christian Craig. Jason Anderson also joined the list, however, the potential of him riding a 250 at RedBud has seemed to lose traction and Barcia also recently withdrew from MX2 contention as he was unable to dedicate adequate time to prepare. To Cooper’s credit, he scored a season-first moto victory at Washougal and continues to build form from a foot injury that sidelined him from this year’s 250SX altogether, however, it could be a case of too little too late for the number 32. We’re tipping Craig unless we see the outside chance of Tomac on a YZ250F… 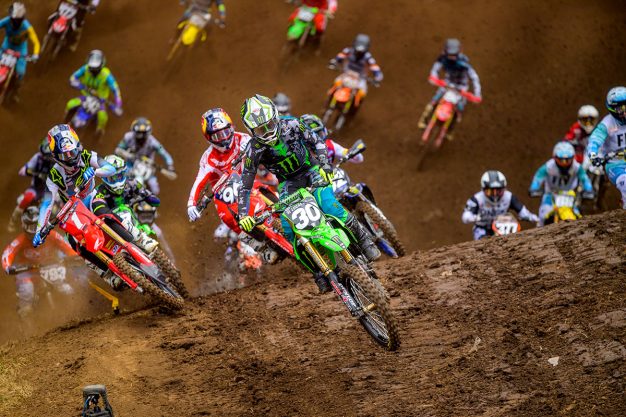 Craig is proven fast on a 250 and is delivering a solid season of Pro Motocross in the premier class, currently fifth in the standings, while there is speculation surrounding Sexton or even Tomac stepping down. Former MXoN winner David Vuillemin suggested Tomac should ride a 250 on a recent PulpMX Show and Sexton indicated that while it is not his preferred choice, he would do so if it meant he could represent Team USA. The theory of Tomac or Sexton on a 250F is that their sheer pace would enable them to beat a number of 450s, adding points to other countries tallies while minimising ground lost in MX2. However, for that to be successful, whoever would be selected in their place on a 450 would need to perform at a front-running standard. Also, Tomac or Sexton would have to adapt to a 250 despite continuing to battle for the 450MX title. With all of this considered, Craig appears to be the likely candidate.

The Lawrence brothers are certain to represent Team Australia, with Jett mentioning post-race in Millville to Vital that he will most likely ride a 450 at the event. He will test a CRF450R in the break before Unadilla, while Hunter is expected to compete in MX2. Jo Shimoda has already been confirmed to compete for Japan on a KX250, plus Josiah Natke will be in Open for New Zealand. Max Anstie has expressed his desire to compete for Team Great Britain, while Ken Roczen stated on a recent PulpMX Show that he hadn’t made up his mind about representing Germany, unsure if he would have time with his FIM World Supercross Championship (WSX) commitments.