The 450MX and 250MX fields are set for the eighth round of the Pro Motocross Championship. 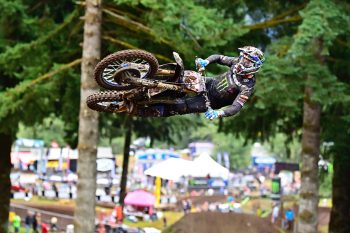 The Monster Energy Star Yamaha Racing pairing of Eli Tomac and Justin Cooper have jumped to the top of the qualifying charts at the eighth round of the Lucas Oil Pro Motocross Championship at Washougal.

Tomac was the only racer to drop below the 2m11s mark by posting a 2m10.926s lap in the first session.

Team Honda HRC’s Chase Sexton did his best to keep Tomac honest in the same outing, finishing second-fastest with a lap-time of 2m11.301s.

Savatgy pulled out shortly after posting his top time with a suspected leg injury. 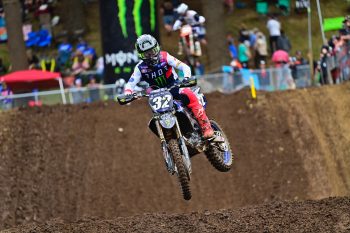 Justin Cooper put in a searing qualifying time to ensure he was top of the timing sheets in the 250MX class.

Cooper’s time of 2m11.386s in the first session was almost two seconds quicker than that of Jett Lawrence’s (Team Honda HRC) 2m13.054s, who posted the fastest lap of the second outing. 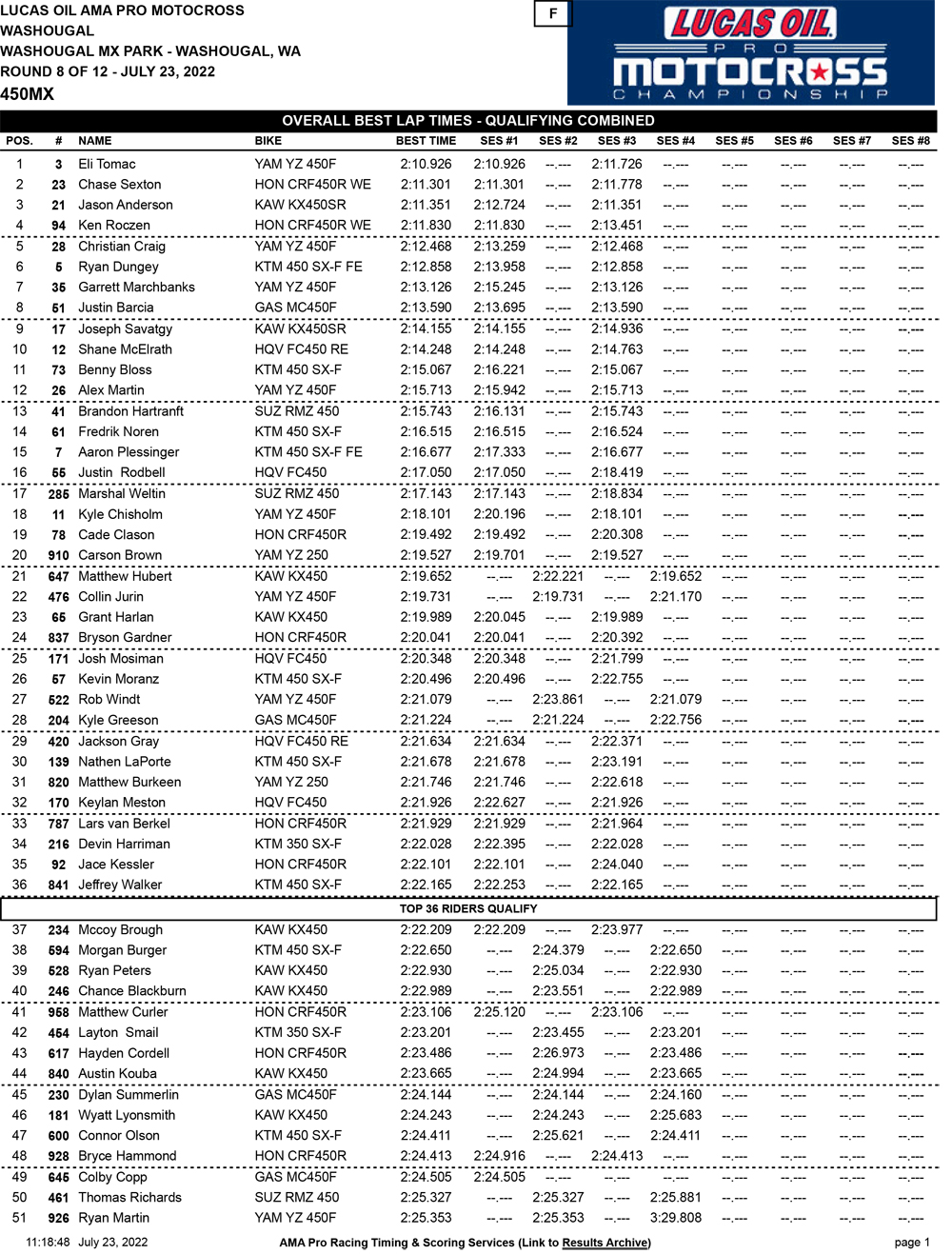 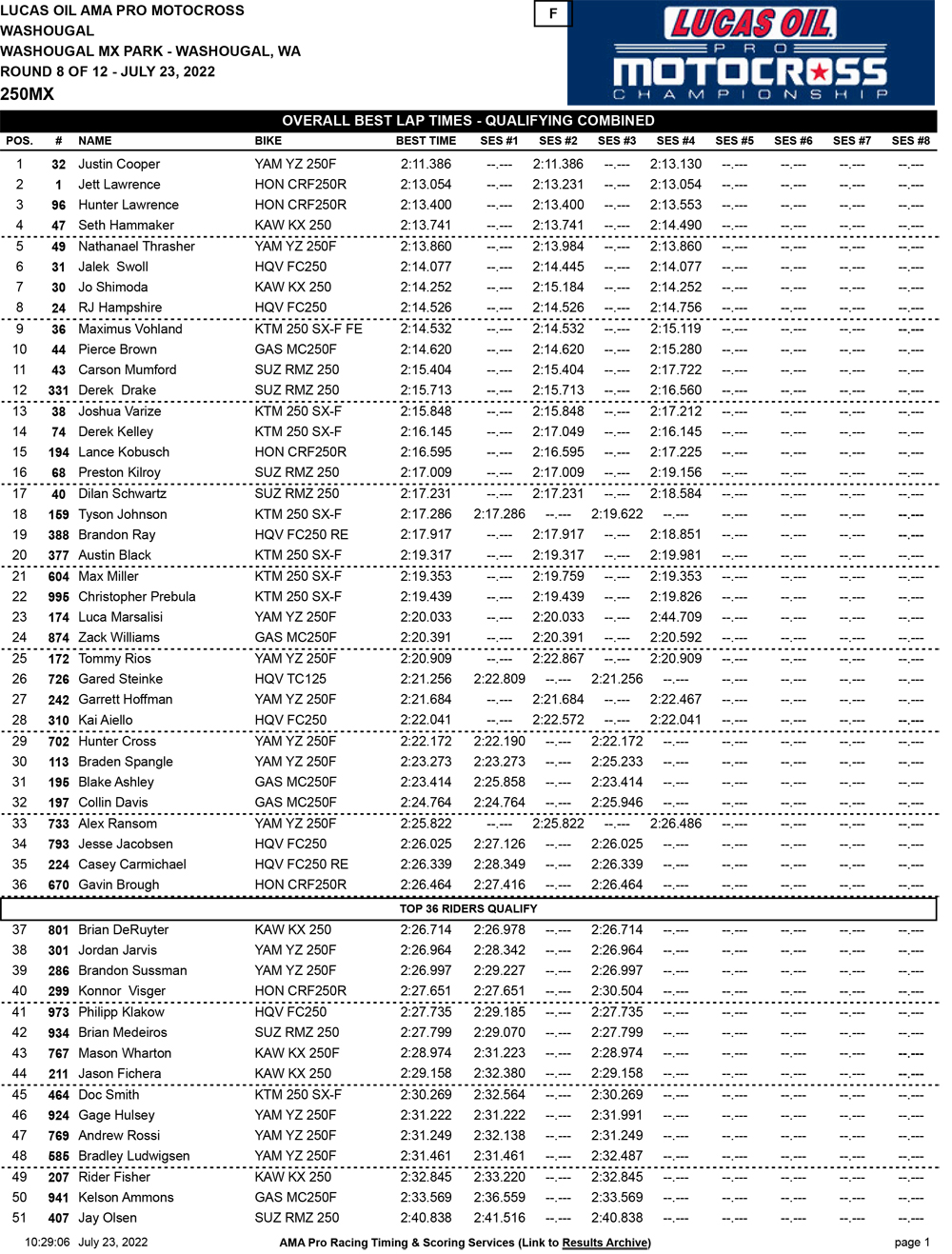