Honda team signing on new deal that will span through 2023 season.

Following the collapse of his former team in Monster Energy Supercross this year, Max Anstie was left in search of a seat. With fill-in opportunities not coming to fruition, the Englishman was granted a desirable opportunity with the Fire Power Honda team to contest three outdoor nationals in 450MX and, importantly, a full-time ride under the management of Martin Davalos that will commence in the 2022 World Supercross Championship (WSX) and also the Australian Supercross Championship on a CRF250R. MotoOnline caught up with the 29-year-old, who will also compete in 250SX with the squad next year, to ask Five Questions. 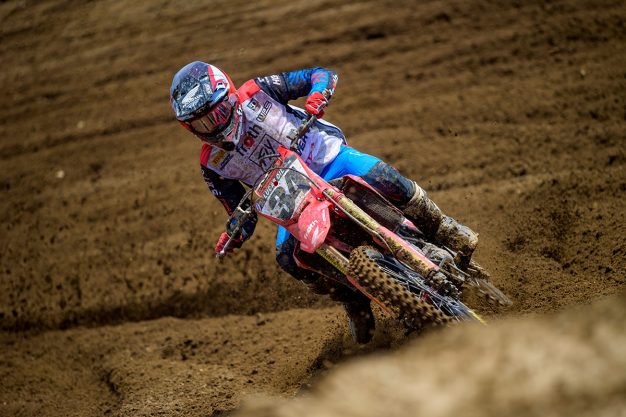 How did the Fire Power Honda deal come about?

As you know, I was racing Supercross this year in the 450 class and then things sort of went a little sideways halfway through the year and I was left scratching my head without a bike to ride. I was staying prepared and, at that time looking at fill-in options… I can effectively ride 250 and 450 in America. Yarrive [Konsky] and Martin Davalos gave me a call, and I’ve got a lot of respect for Martin, for what he has done in Supercross. Actually, I’ve been his teammate before – when I was 16, I was Marty’s teammate at Star Yamaha. I’ve obviously followed his career and he has had a lot of great success, and he told me everything about the team and how they wanted to move forward. Coming from one rider to another, I really find that makes a big difference. I trusted what he was talking about and he gave me a lot of confidence. I came up to MTF [Millisaps Training Facility], saw the facility up here and honestly was pleasantly surprised. It’s very professional and got a lot of good things going, the tracks, the gym all of that. I met the team and everything went really, really well. I came up, tested the bike and rode the 250 on the supercross track. I hadn’t ridden a 250 in a while, but immediately felt pretty comfortable. I enjoyed being around the guys, could see the potential, and a new start – somewhere I could really grow and turn into something great. I didn’t want to go the whole of this year only doing a few Supercross races with one team, that going sideways and not even riding. A question for me when we were talking was that I want to race the Motocross of Nations (MXoN) at the end of the year, so I want to race a few outdoor nationals on a 450 because I have the most experience on that outdoors. They were all for it, they asked what rounds I wanted to do and we got to work from there for RedBud, Southwick and Millville. It’s been a bit of a test run moving into our future.

Was a sense of stability and ‘home’ within the team part of the decision?

There were talks [about fill-in opportunities], but a lot of the things sort of fell through. Like Kawasaki [Monster Energy Kawasaki], waiting for that deal, that all sounded good, I had people telling me it was all good and then they went a different direction. Fair enough, same with Husky [Rockstar Energy Husqvarna], then there was a conversation about going back to Europe, my wife didn’t like the idea of that because we’ve just had a kid and it’s… we’ve made it work now in America and to go back to Europe, again it was nothing more than a conversation at the time. My goal, my heart and my dreams are Supercross in America. When Marty and Yarrive presented this to me, I didn’t know what to expect, and like I said, I was pleasantly surprised. If I was in a fill-in ride, even if I win or get on a podium or whatever, I would still be scratching my head at the end of the year to be in a decent position for next year. With these guys, we’ve been given extra time, my contract is through next year and into the future. It has given us this whole year to get kind of a head-start on next year, so in a weird way, it definitely is nice to have the stability and I have never had a contract this long. I’m going to the races knowing I’m not a fill-in guy, we are here to perform and I’m excited about the future. 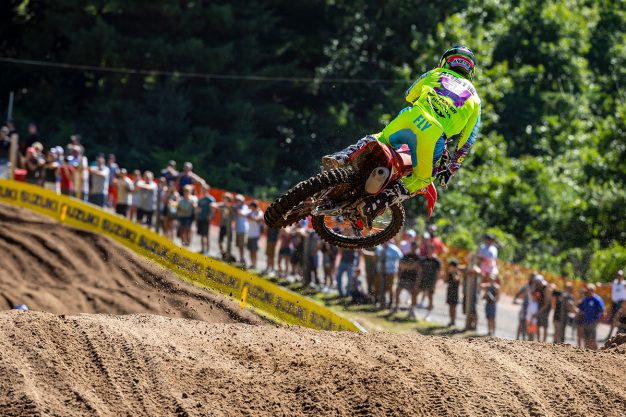 What are your thoughts about competing in WSX?

It will be a nice start off with this team, in WSX, being back at home – my mum lives an hour away from Cardiff. I raced at the stadium we are going to be racing at on a 65, back in 2001 or something in the British Supercross back in the day there! It will be nice to travel to Australia, to Indonesia and compete in those races, especially being on an Australian-supported team, having Yarrive. I have never been to Australia, I’ve been to Indonesia obviously for the GP, and things like that. For me, travelling is what I’m used to, I’ve raced MXGP for multiple years and we travelled all over the place, so that not going to be a problem and I’m looking forward to having the winter months as racing and being able to travel, race and compete. I think it is going to be great, I’m hearing a lot of great things about World Supercross and I think there are a lot of good teams signing up.

Do you feel finding the intensity again on the 250 will be tough?

I might have to eat my words, but I seriously doubt it’s going to be half as gnarly as the 450 class. I’m sure there are gnarly dudes, obviously, there are very fast riders and the 250 class has great potential. I’m not underestimating anything, because they are fantastic riders, but that 450 class is something else, you feel like you are in a shark tank riding with those guys, it’s mental. I think yes, I will have to make sure I am at one with the 250 and make sure I am intense, but I would have worked on that anyways. The biggest thing I have watched in the 250 class is they do a few stupid things in the first laps of practice, or the first two laps of the race, just cleaning each other out, over jumping and casing. The 450 class is very intense and very gnarly, but they are very sensible in a way. You are close to everyone going through the first rhythm section, but everyone is super-sharp. They can make decisions super-fast, where I feel like the inexperience of some people in the 250 class, just from watching, some of them are a bit wild on the first lap. After I complete outdoors on the 450 I will switch my attention. I have arguably one of the best 250 riders off all time, with the longest 250 career, won multiple races, and led the championship multiple times, Martin Davalos, as a team manager and coach here to be able to really help me for the 250 and for supercross.

And we hear you’re in for Australian Supercross also?

I’m really looking forward to, like I said, having the October-December, those months in the US where people aren’t doing a lot, to get those gate drops and maximise my time on the 250 and race in Australia. I’ve seen a lot of great things, I’ve heard a lot of great things, and I’m definitely looking forward to coming over and racing some of those races.