The fields are set for the seventh round of the championship at Spring Creek. 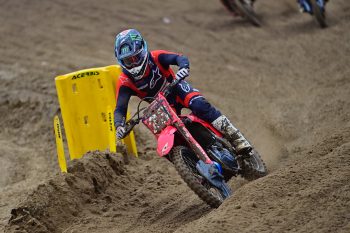 Some track work between the first and sessions saw everyone in the 450MX class better their times in the second outing, but it was Chase Sexton who stormed to the top of the qualifying charts. Justin Cooper topped both qualifying sessions in the 250MX class, but it was his first-session time that was the clear standout.

His quickest lap of 2m08.584s was almost 1.6s faster than that of second-placed Jett Lawrence (Team Honda HRC), and set the standard for the rest of the field.

All lap-times between P2 and P10 were within 1.5 seconds. 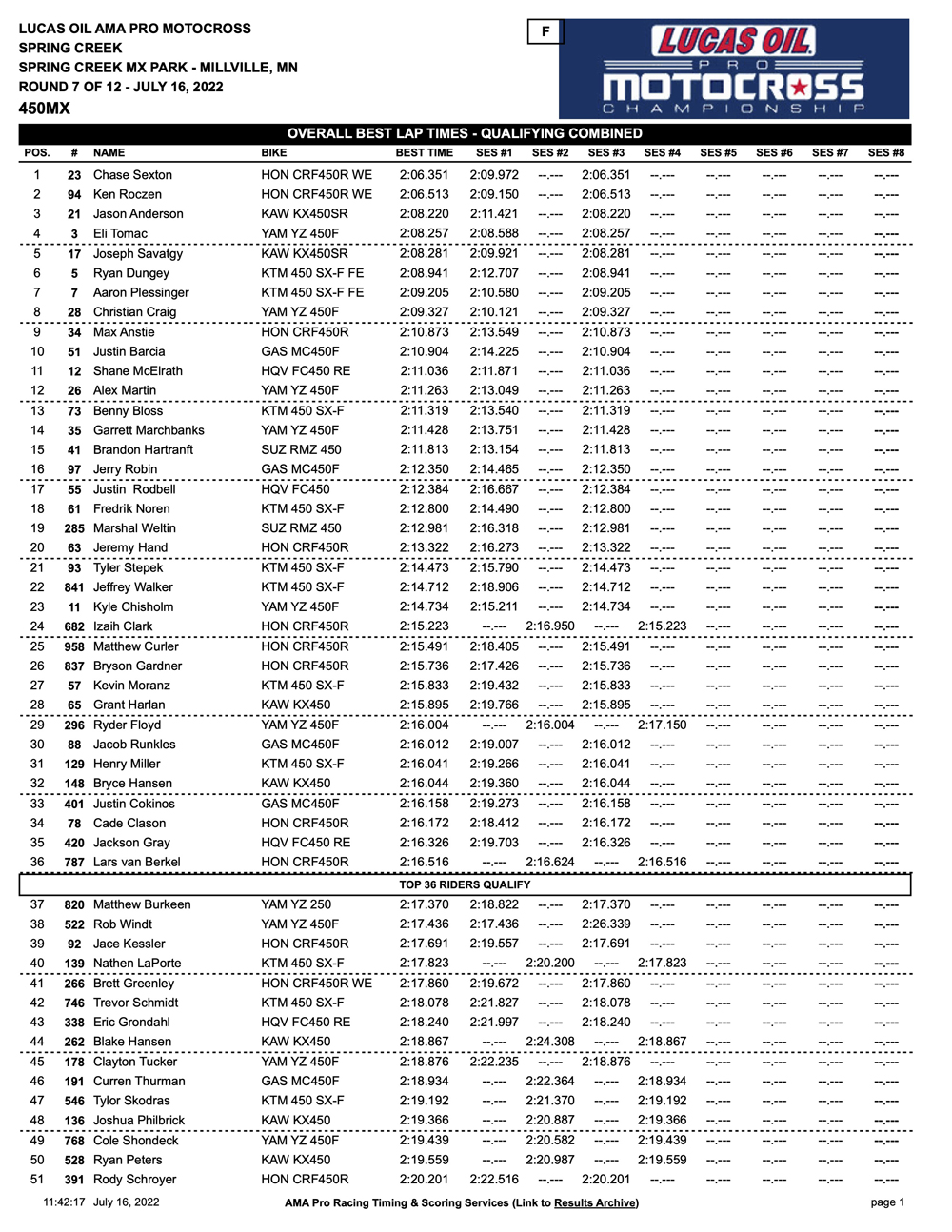 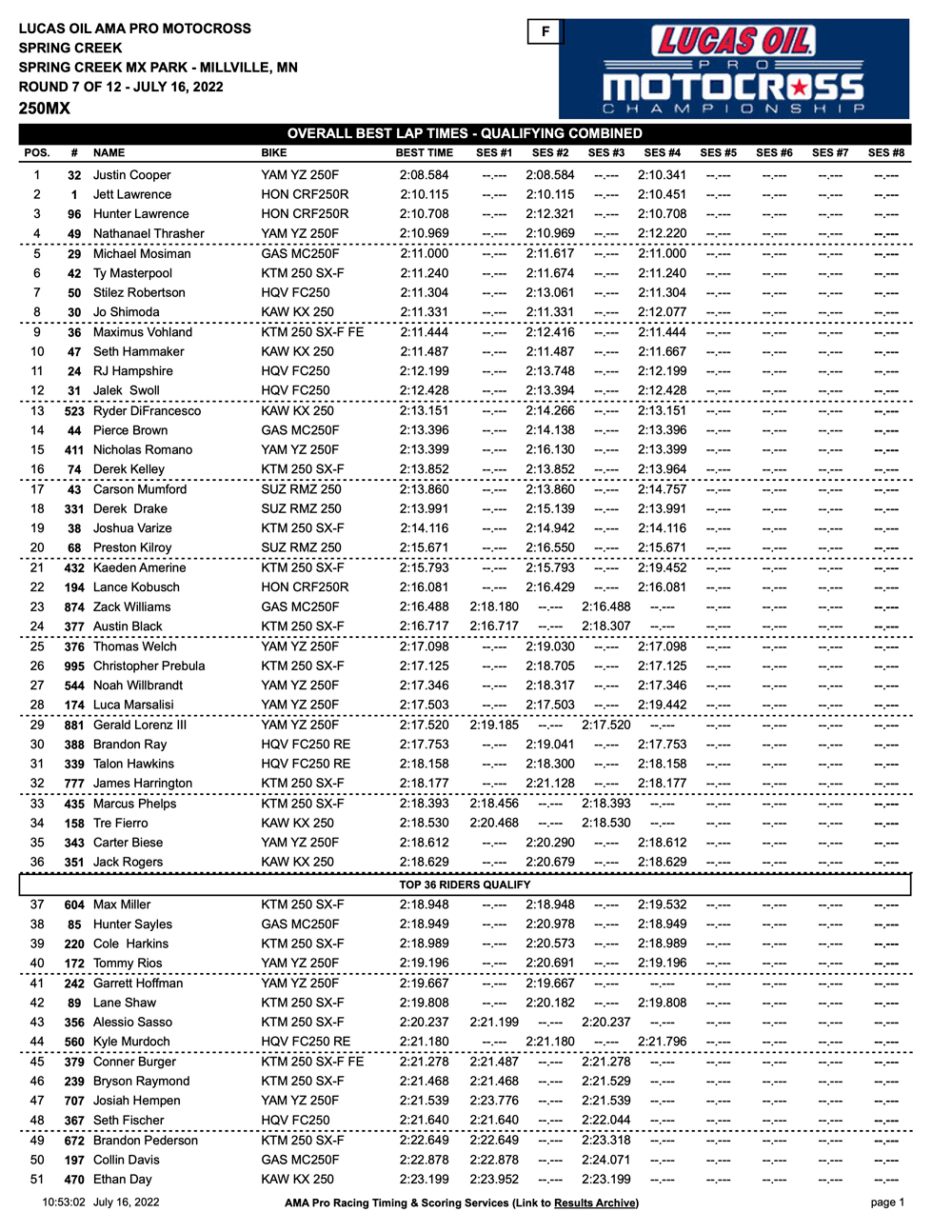