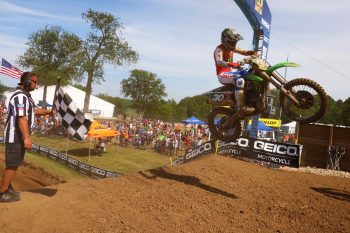 Monster Energy Pro Circuit Kawasaki rider Jo Shimoda broke through for his first-ever outdoor round win at the fifth round of the Lucas Oil Pro Motocross Championship at RedBud.

After qualifying fastest, Shimoda posted 1-3 results to claim the win on a day where Team Honda HRC’s Hunter Lawrence took over the 250MX series lead.

Hunter Lawrence scored the holeshot from his brother, Jett (Team Honda HRC) and Stilez Robertson (Rockstar Energy Husqvarna), while Shimoda made a couple of quick passes and became embroiled in a three-way battle for the lead with the Lawrences.

After a frantic 10 minutes, Jett found a way past Hunter, but soon afterward his bike began smoking and suffered a mechanical failure, resulting in a frustrating DNF for the series leader.

Despite Hunter inheriting the lead, Shimoda again poured on the pressure and took the lead with just a handful of laps left, stretching out a 21-second victory over Lawrence, with Robertson claiming an impressive third.

It was short-lived, though, as Hunter Lawrence had him in his sights and put in a good pass several laps later.

Jett Lawrence, who had last pick of the start-gate after his previous DNF and was as low as 12th on the opening lap, rolled up his sleeves and charged through the pack, catching and passing his brother with 10 minutes left to go.

The brothers would finish in that order. Shimoda, who was caught up in a crash with Cooper and Hampshire in the opening lap, put in an incredible ride to come back to P3 and claim the round win in the process.

As a result of Jett’s DNF, Hunter has inherited a seven-point championship lead over his brother. Shimoda’s performance sees him consolidate third overall.

The sixth round of the Pro Motocross Championship will be held in the sands of Southwick on Saturday, 9 July. 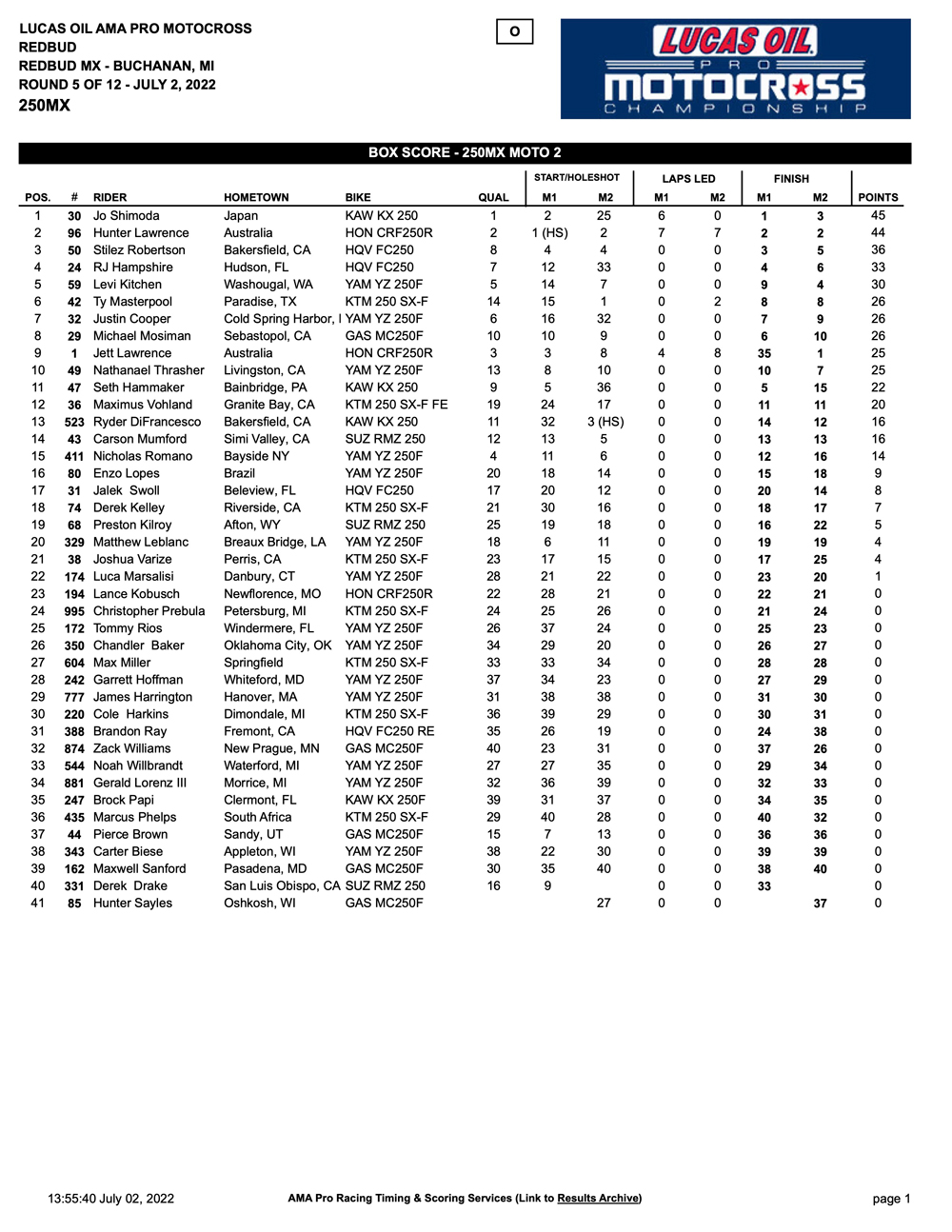