SX Global’s new FIM World Supercross Championship (WSX) has unveiled an updated brand identity that will lead the series into its upcoming pilot season in late 2022 and beyond.

With design direction spearheaded by Cochrane Entertainment in partnership with Pangaea Creative, its color palette is highlighted by blazing orange and charcoal grey, which will serve as WSX’s definitive visual persona.

“These new brand elements will ensure that the FIM WSX Championship and our grand prix events have an instantly recognizable visual identity for fans, clearly identified within the sport,” said Adam Bailey, head of Motorsport for SX Global. “Led by the simplistic power of our WSX logo, the bold combination of blazing orange and charcoal grey will become the visual calling card for the WSX Championship for many years to come, and the flag we carry at the forefront of our efforts around the world.

Cochrane Entertainment’s Thea Jeanes-Cochrane added: “Working closely with Pangaea Creative, together we embarked on a high pace, dynamic branding process, with full immersion in the sport’s competitive history and with its global fanbase at the design’s core.

“Inspired by the past, and driven toward the future under SX Global’s leadership, we believe Pangaea’s hand crafted, bespoke WSX letters and duotone colorways form a timeless, bold motorsport wordmark and capture the sport’s exciting new era of global expansion.

“As the WSX brand story and visual identity evolves, we are excited to share the numerous design elements that will cleverly convey the uniqueness of supercross racing as a form of competitive global motorsport.”

Seven of the 10 teams have so far been announced, with only MotoConcepts officially confirming its four-rider roster of Justin Brayton, Vince Friese, Cole Seely and Mitchell Oldenburg at this point. The 2022 WSX championship schedule is also yet to be revealed, despite plans to open in ‘late October’. 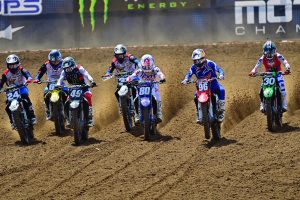 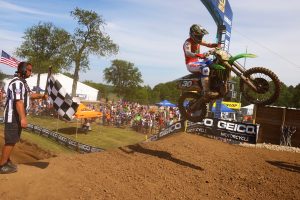 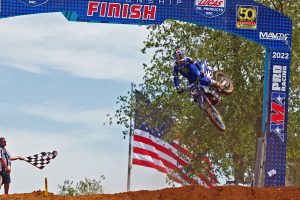