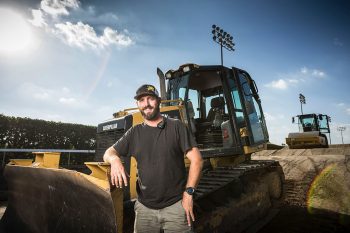 Dream Traxx has been announced to be overseeing the World Supercross Championship (WSX) tracks entering the 2022 season in a partnership with SX Global.

“The safety of our riders is paramount and track design and track conditions are arguably the most critical area where safety is concerned – no-one understands that better than Jason Baker and his team at Dream Traxx,” said Adam Bailey, general manager – motorsport at SX Global.

“Our intention is to use our collective experience to make adjustments that enhance the racing experience for our riders, increasing their sense of freedom and confidence on the track to ultimately bring a higher level of excitement for the fans at each and every championship round.”

“It’s exciting to be a part of SX Global’s mission to spread the power of supercross to fans around the world and to play a role in what will ultimately help elevate the global popularity of this sport and its incredible athletes,” said Baker.

“We’re extremely motivated by the opportunity to address aspects of track design that can improve safety for riders, while increasing excitement for fans, and ultimately, establish new standards for the sport.”

Despite a schedule yet to be released, SX Global has maintained that there will be up to four rounds – expected to be three in total – in the 2022 pilot season beginning this October, with plans to expand annually for as many as 12 rounds by next season’s opener in June.