Eli Tomac wins opening moto at his home round 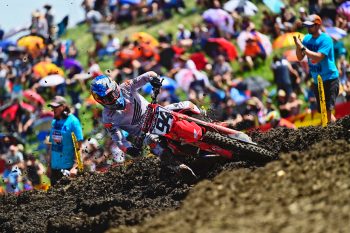 A gutsy performance from Team Honda HRC’s Ken Roczen saw him claim a stunning last-minute 450MX overall victory at the third round of the Lucas Oil Pro Motocross Championship at Thunder Valley, CO.

Antonio Cairoli (Red Bull KTM) secured the holeshot, but Ken Roczen quickly jumped to the lead and began pulling away, while Tomac found himself in sixth.

Monster Energy Kawasaki’s Jason Anderson made early moves on Cairoli, then Justin Barcia (TLD Red Bull GasGas) to work his way into second, but Roczen had established a five-second buffer.

As the race progressed, Tomac continued to get stronger, pouring the pressure on Barcia for third, then hunting down Anderson.

To the delight of the Colorado fans, Tomac caught and dispatched of Roczen with five laps remaining, then built a comfortable lead that he maintained until the checkered flag.

Ken Roczen claimed a stunning win in the second race when his team-mate, Chase Sexton, crashed out of the lead on the final lap.

In a carbon copy of the opening moto, Cairoli again scored the holeshot, but surrendered the lead to Roczen two corners later.

As Roczen began building a lead, Sexton worked his way past Cairoli, then put in some hard laps to catch and pass Roczen.

Eli Tomac worked his way into third and became embroiled in an intense, multi-lap battle for second with Roczen as the clock wound down, but after the two came together and shunted Tomac off his line, the Yamaha rider settled in, content that a 1-3 result would be enough for the overall.

However, on the final lap, Sexton dropped his bike in a rut and allowed Roczen to sail past for a hard-fought win and the overall.

Sexton and Tomac finished on the podium, with Cairoli fourth and Shane McElrath (Rockstar Energy Husqvarna) putting in a good performance for fifth.

Despite his last-lap crash, Sexton remains in control of the 450MX championship, with a five-point lead over Roczen and a nine-point buffer over Tomac as the series heads to High Point next weekend. 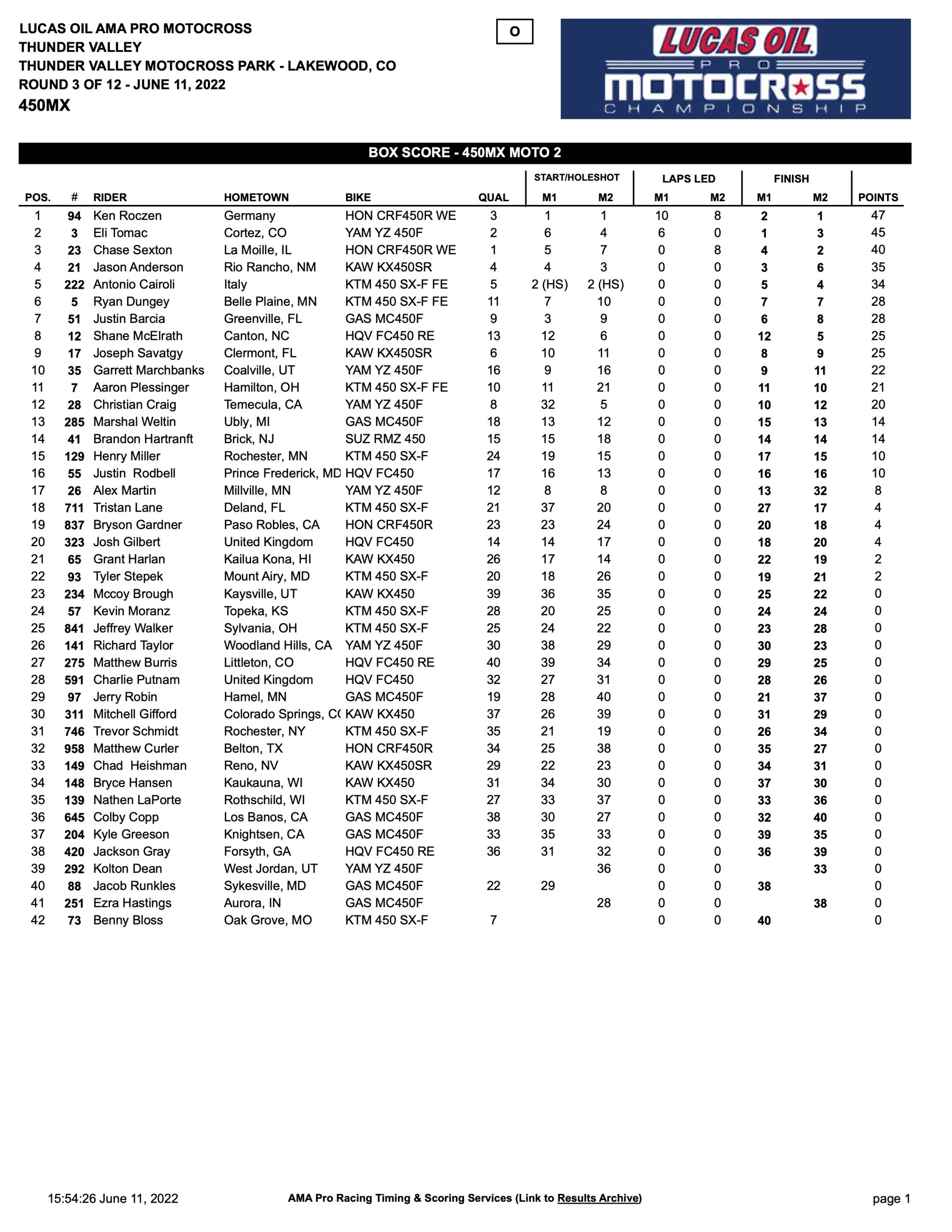