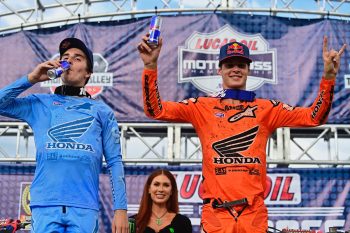 Rookie Levi Kitchen broke through for his first-ever Pro Motocross victory with a wire-to-wire win in the opening 250MX race.

Kitchen grabbed the holeshot and never looked back as he sailed to a nine-second victory over  Jett Lawrence, who tried to put in a charge early before settling for P2.

Team Honda HRC’s Hunter Lawrence overcame an average start (he was ninth on the first lap) to cross the line in fourth, ahead of Seth Hammaker (Monster Energy Pro Circuit Kawasaki) and a fast-starting Stilez Robertson (Rockstar Energy Husqvarna).

Hunter Lawrence showed exactly what he can do with a good start after a comfortable five-second win over his little brother, Jett Lawrence in the second 250MX race.

The elder Lawrence scored the holeshot and was never challenged as he clicked off fast, consecutive laps to take his first Pro Motocross victory of 2022.

Jett was able to make a quick pass on Cooper early in the race to secure his third overall of the season with a consistent 2-2 result from the two motos.

Cooper would finish the race in third; despite surrendering that position to Mosiman for a number of laps, the Yamaha rider was able to remount an attack and ensure he finished on the round podium.

First-moto winner, Levi Kitchen, recovered to finish fifth after getting caught in a big early crash that took down Nate Thrasher and Seth Hammaker.

In the title hunt, Jett Lawrence retains a 12-point lead over Hunter, with Shimoda a further 16 points behind as the series heads to High Point next weekend. 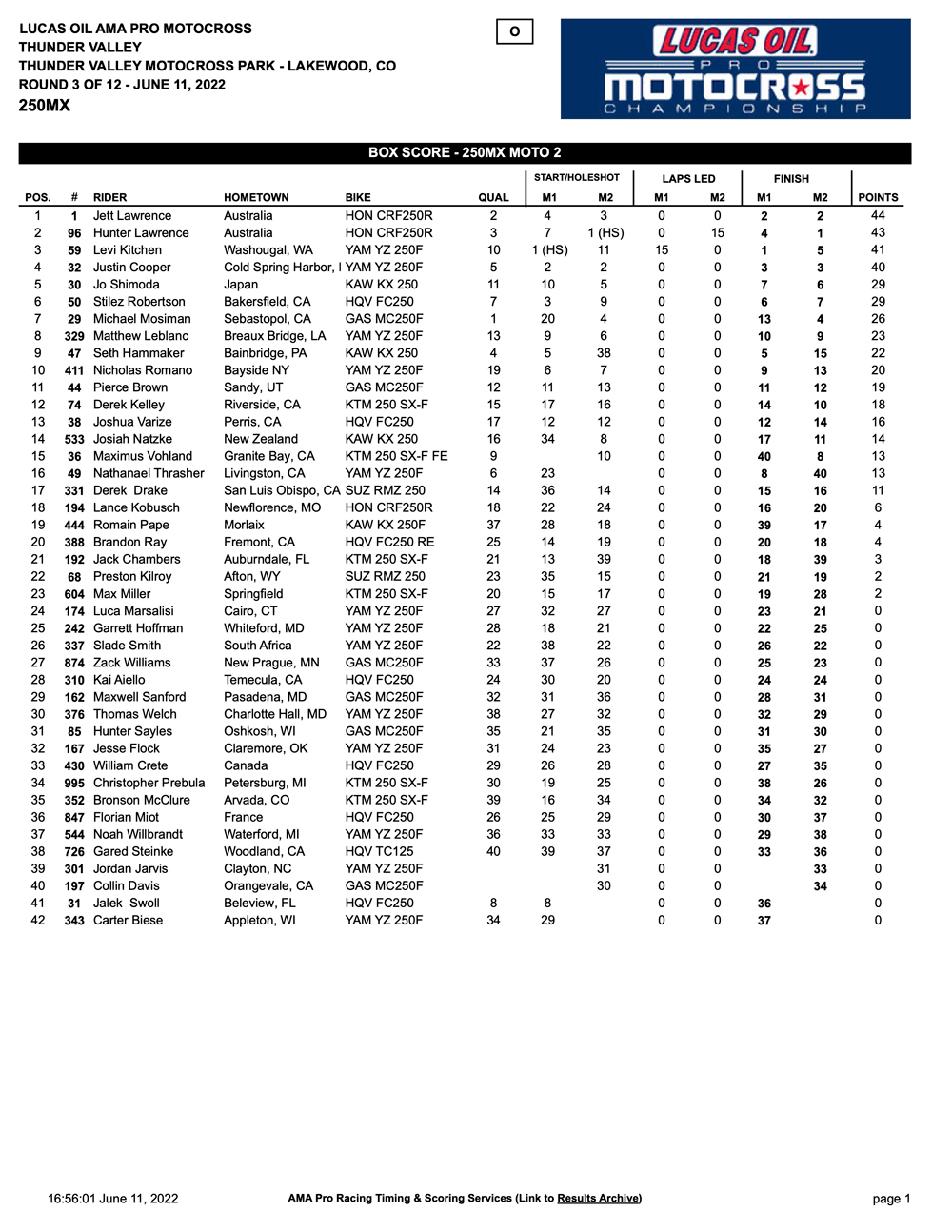