Selection of contenders outline thoughts on the season ahead.

The 50th anniversary Lucas Oil Pro Motocross Championship commences this Saturday at Fox Raceway, where champions return and a host of challengers look to rise and start their outdoors campaign in the best possible way. A group of key contenders recently shared their expectations ahead of the upcoming series in this Input feature. 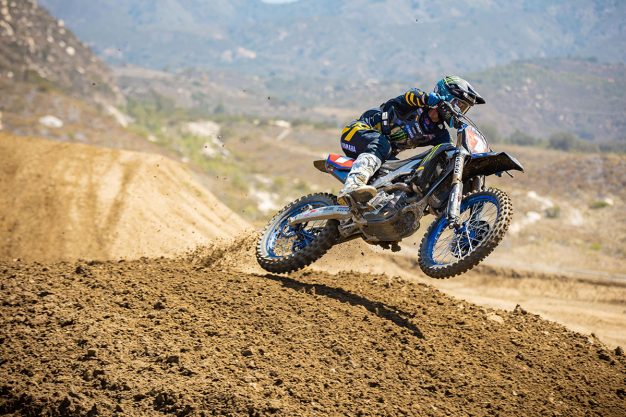 Dylan Ferrandis (Monster Energy Yamaha Star Racing):
I saw everybody riding during Supercross and I wasn’t able to finish the season, so for sure I missed that. But at the same time, it’s a new season, all the points are back to zero, everybody’s reset so I think it’s important to do a little bit like last year, step by step, weekend by weekend and don’t try to absolutely win the first round. It doesn’t even matter it’s a long championship, so I think my main motivation is just to keep this number one plate. You know I worked so hard for it, I just want to keep it and try to ride the best I can, nothing crazy or any crazy motivation for reason. I just want to be the best of myself and try to win again this championship.

Ryan Dungey (Red Bull KTM Factory Racing):
I think I have a little bit different perspective, I am in a different place in my life with kids now and family, so all good things. For the most part I approach it the same way I did before, go out there apply myself, put in the time, the training, the riding to be prepared. To to get the most out of myself, for me it’s always been, I want to be in it to win it. You know, it’s a tall order, these guys are going really good, and it’s been some years so Saturday is going to be the true test. I want to be in a good spot that first race and then just being able build upon it as the season goes on. So, there is a lot of unknown for me, just where I sit, I haven’t really been able to put it to the test. I mean, press day is press day which is good to be able to ride with the guys, but Saturday is going to be the true test. Eli [Tomac] will be there and all of the other guys too. So actually, just really looking forward to the challenge ahead.

Eli Tomac (Monster Energy Yamaha Star Racing):
Obviously Dylan had a strong platform last year and this bike seems to be totally fine in motocross – if not better – and an easier start even compared to supercross, so I think we are going to be right in the game right away. It’s been really nice.

Antonio Cairoli (Red Bull KTM Factory Racing):
First of all, I am really excited of course to be here because it has always been a dream to ride Pro Motocross nationals. I had the chance this year, even if I am out of the riding program, it feels great, and I am looking forward to it, for sure. Yeah, of course [the format is] going to be something new, but I like one day more because my physical condition is not like 10 years ago when I was 27 or 25. Now it takes longer, but it is all in one day, so it is a little bit better for me, I really like it. Of course, the practice, it’s short and the time, you need to put a good time quickly, so this is not what we are used to, but we can figure it out hopefully and we can make a not so bad time, hopefully. 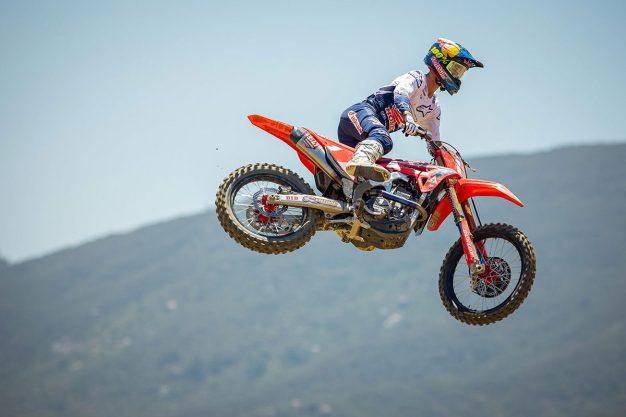 Jett Lawrence (Team Honda HRC):
Nothing really different from last year. Yeah, it’s a new bike, but Hunter and I, we already showed in Supercross that it’s a really good bike, so I think nothing different from last year. Last year it was more so, let’s see where my speed is, see if I have a chance at this title or not, where this year it’s more I know I am capable of winning another championship, but let’s see if I can put it together. I’m excited to see how this bike is, we’ve been also testing, so it’s feeling great – should be good!

RJ Hampshire (Rockstar Energy Husqvarna):
That was huge for myself and for the team [finishing the Supercross season]. We struggled a lot with set-up and where we were on the bike for most of it, but I really feel like we’ve got a pretty good base coming into outdoors and his bike is good outdoors, it’s got a good platform already. The guys over in the MXGPs have been racing and doing well on it, so it gives us a little bit more confidence coming in. Outdoors has been well for me the last couple years, so it will be nice. I just want to be in the battle again and click it off and take it moto by moto.

Hunter Lawrence (Team Honda HRC):
It feels good, looking forward to kicking it off. Obviously feeling really good with the bike and my body and stuff… Just looking to get it out of the way, it’s going to be a long series, 24 motos, just take it moto by moto.